Usain Bolt Talks About the Time He Raced Mickey Rourke at 3 A.M.

Bolt told the story to TIME recently when asked about people who challenge him to a race.

“Mickey Rourke was of the biggest ones,” Bolt told TIME. “One night in London, I saw him and he was like: ‘Yo, we have to’ and I was ‘Nah’, I felt like he was joking. But he say ‘No, let’s go!’ Took his shoes off and everything.”

In a 2012 interview Rourke, 64, said he beat the nine-time Olympic gold medalist in what he describes as a “boozy” race, according to For The Win.

“We were outside the Wellington in Central London and it was four in the morning,” Rourke told Yahoo! Sports in 2012. “It was just that time of the night, you know, when anything can happen. So I went up to him and I said, ‘Come on, you are the world’s fastest man, let’s go.’”

Rourke apparently saw his chance and asked for a head start to even things out, which may have worked in his advantage. “I got him to back up about four paces, we set off and I got him by a few inches,” Rourke said. 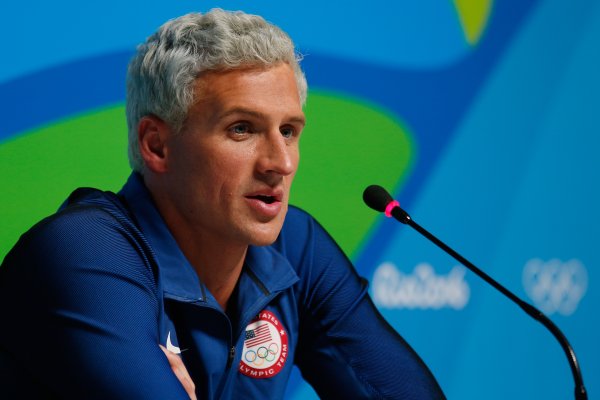 Ryan Lochte Suspended for 10 Months
Next Up: Editor's Pick