Sitora Yusufiy, ex-wife of Orlando shooter Omar Mateen, talks about her ex-husband from her home in Boulder, CO, on June 13, 2016.
Kathryn Scott Osler—Denver Post via Getty Images
By Melissa Chan

The ex-wife of the gunman who killed 49 people inside an Orlando nightclub said she is haunted by the June massacre and sees the faces of all his victims every day.

Sitora Yusufiy wrote an essay for Marie Claire magazine, detailing her abusive and short-lived relationship with Omar Mateen and the pain she has felt since being associated with the mass shooting.

“My heart is broken for the victims, and their families and friends. Their faces flash in my head every day,” she wrote. “The tragedy has turned my life upside down.”

Yusufiy, who now lives in Colorado with her fiancé, said she and Mateen married in 2009 after meeting through the social networking site, Myspace. She fled from him after five months of marriage because he was violent.

In one instance, Yusufiy said her ex-husband yanked her up by the hair while she was asleep in front of the TV, slapped her and choked her because she had not done the laundry.

“In time, perhaps I will find some peace,” Yusufiy added. “My former husband was the opposite of everything I stand for in life.” 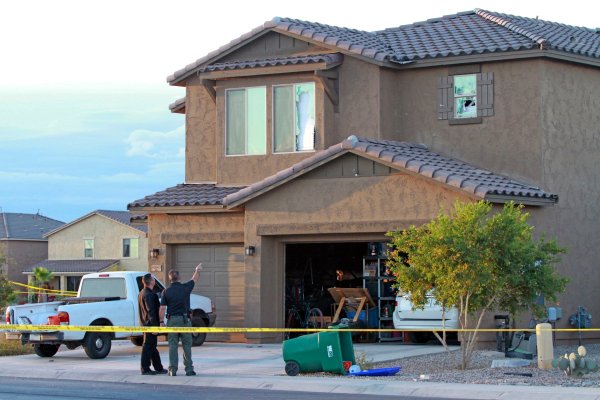 Border Patrol Agent Dead After Shootout With Arizona Police
Next Up: Editor's Pick