Police point to the window of a Maricopa home where a Border Patrol agent was found dead inside after exchanging gunfire with officers responding to a domestic violence call, Sept. 27, 2016.
Howard Waggner—Maricopa Monitor/AP
By Melissa Chan

An off-duty U.S. Border Patrol agent is dead following an exchange of gunfire with at least one police officer who was responding to a domestic violence call from the agent’s Arizona home.

The U.S. Customs and Border Protection said in a statement that one of its agents, Jeremy Russo, appeared to have committed suicide early Monday. The 40-year-old had fired a rifle at police and barricaded himself inside his house, the Arizona Republic reports.

Russo’s body was found in an upstairs bedroom closet with multiple gunshot wounds, Alvarado said. There were no other injuries.
The Maricopa Police Department said it’s unclear whether Russo died from a self-inflicted gunshot wound or their officer’s fire.

Officials said Russo joined the U.S. Border Patrol in September 2011 and was most recently assigned to the Casa Grande Border Patrol Station. He is married and has two children, according to the Republic. 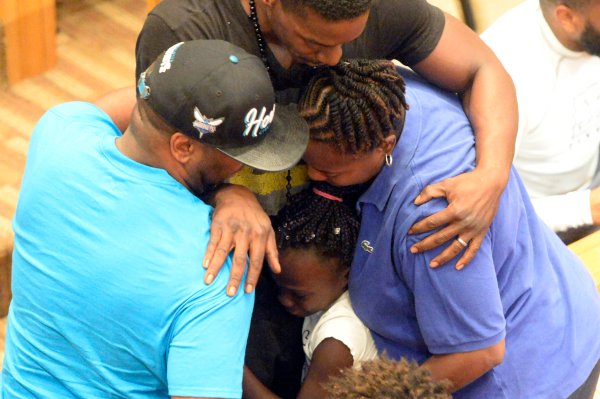