The first inaugural of Abraham Lincoln, March 4, 1861.
Courtesy of Sotheby's
By Lily Rothman

You probably can’t see him, but Abraham Lincoln is there, under that portico in the picture above, delivering his first inaugural address—the famous speech in which he attempted to address the ever-more-urgent matter of slavery and exhorted the people of the United States to remember that the “mystic chords of memory” could still “swell the chorus of the Union, when again touched, as surely they will be, by the better angels of our nature.”

Also present on that day in March of 1861 was the unnamed photographer who took this image. An exceedingly rare salt print of the picture—an original from the time of the negative—is now available for the public to see, as it goes to auction at Sotheby’s on Friday after being recently rediscovered in a private archive.

Documentary photography in the United States did not really come into its own until the Civil War, says Emily Bierman, a senior specialist at Sotheby’s. Though there were certainly some photographers making work out of doors in the years before the war—a challenge given the heavy equipment required—few were up to the challenge, especially when the situation called for large crowds and tight security, as would have been in the case in Washington on that day.

“There likely would have been cameras set up throughout the crowd and from further distances away, but to capture a scene of this elegant composure out of doors, in the elements, was still extremely rare at the time,” Bierman says.

So who was that mysterious photographer? “That’s a wonderful and tricky question,” she explains, “as is often the case for 19th century photographs.”

When the photograph was used as a reference for an etching that appeared in Frank Leslie’s Illustrated Newspaper—which is one of the ways we know that Lincoln would have been giving his speech when the picture was taken, as the artist made sure to make the new President clear—it was attributed to George Stacy, but the format is not one that’s often associated with his work. Later versions were attributed to Alexander Gardner, which Bierman says would make more sense but cannot be absolutely proved.

“Gardner was a photographer who was phenomenally talented,” she says. “No other photographer took Lincoln’s likeness as many times.” 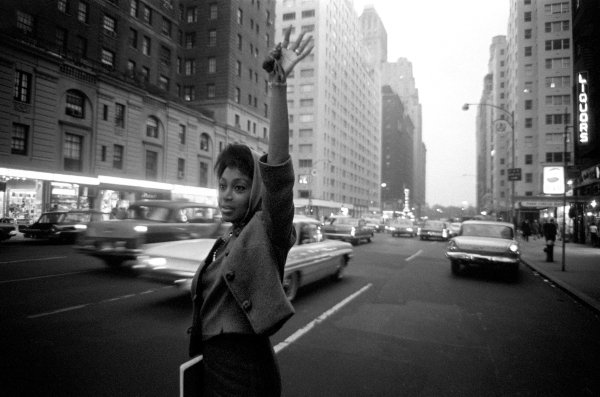 How Look Magazine’s Only Female Staff Photographer Captured a Changing World
Next Up: Editor's Pick