Kids are trading in their tiaras for capes this Halloween. Superhero costumes will be this year’s most popular Halloween getup among children, dethroning the princess costume that reigned for 11 years, according to the National Retail Federation. The trend seems to have spread to adults as well: A Google tool called Frightgeist that tracks the most popular costumes nationally found that Suicide Squad’s Harley Quinn was most-searched character this Halloween.

The National Retail Federation survey asked 6,791 customers about their Halloween plans found that many children plan to dress up as superheroes, followed by princesses and animals. According to the survey, Batman characters (including the Caped Crusader, Harley Quinn and the Joker) were the most popular costume among adults this year, thanks to popularity of movies like Batman v. Superman and Suicide Squad. In total, the NRF estimated about 3 million kids will play superhero on Oct. 31.

Meanwhile, on Google’s Frightgeist, Harley Quinn, the Joker and superhero ranked as the first, second and third most popular costumes nationally. Wonder Woman came in fifth, while princesses landed in 18th place.

Halloween stores are already seeing an uptick in superhero costume sales over last year. “There’s definitely been an increase in superhero costumes in general,” says Riley Walsh, a sales associate at New York Costumers in New York City’s East Village neighborhood. “The thing that’s making it go up for women is Harley Quinn. At least once a day we’re selling Harley Quinn costumes, and it’s not even October yet.”

Other costume purveyors say they cannot keep up with the demand for Harley Quinn’s iconic pigtails and mallet. “Harley Quinn is in such big demand, they can’t make enough,” says Ursula Boschet, owner of Ursula’s Costumes in Santa Monica, California.

Most Harley Quinn costumer buyers are adult women—Suicide Squad was rated PG-13, and Harley Quinn has a not-so-PG backstory—though some young girls are seeking out extra-small sizes in the adult outfit. Boschet notes that in general, Frozen‘s princesses seem to have fallen by the wayside in favor of the new fantasy de jour: zombies. “Frozen is not that popular anymore,” she says. “Everything is zombies now. Zombies this, zombies that. It’s ridiculous.”

This change comes three years after Frozen’s empowered princesses broke box office records and became the go-to Halloween costume for kids, along with popular Disney princesses like Aladdin‘s Jasmine and The Little Mermaid. Though Disney scored commercial hits with Zootopia, Finding Dory and The Jungle Book this year, the box office was dominated by superhero movies, including Captain America: Civil War, Batman v Superman: Dawn of Justice, Deadpool, Suicide Squad and X-Men: Apocalypse, offering children a plethora of options when it comes to tights and capes.

But the superhero costume’s rise also points toward a shift in how women are represented in popular culture. Wonder Woman made her big-screen debut in Batman v. Superman—she’ll get her own movie next summer—and Harley Quinn became the standout of the chock-full-of-baddies Suicide Squad movie. Star Wars costumes, including ones for the film’s female lead Rey, ranked among the top 5 most popular costumes in the National Retail Federation survey for children this year, too, and ranked eighth in the Google survey.

Female superheroes are still a rarity in Hollywood, as are empowered female characters in general. Part of Frozen’s popularity stemmed from its girl power message that princesses could fight their own battles, rather than rely on princes to save them.

Princesses may still stage a comeback: Disney plans to release its latest animated princess movie Moana in 2016 and a live-action Beauty and the Beast starring Emma Watson early next year. The company has also announced plans for a Frozen sequel, though the studio has not yet revealed a release date. By next Halloween, Wonder Woman could be vying with Belle to be Queen Bee. 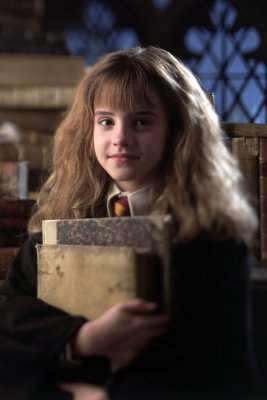 Hermione's House from 'Harry Potter' Is Now on the Market
Next Up: Editor's Pick