A plume of exhaust extends from the Mitchell Power Station, a coal-fired power plant built along the Monongahela River, 20 miles southwest of Pittsburgh, on Sept. 24, 2013 in New Eagle, Pennsylvania.
Jeff Swensen—Getty Images
By Justin Worland

The court’s decision remains far from certain with a panel of 10 judges on the D.C. Circuit Court—six appointed by Democrats and four by Republicans—hearing the case. Climate experts worry a ruling striking down the regulation would be significant blow Obama’s climate program and U.S. international credibility as a leader in the fight to slow global warming.

The policy, known as the Clean Power Plan (CPP), requires state governments to come up with strategies to reduce carbon dioxide emissions from power plants within their state. CPP leaves the method of reaching that standard to the control each state, but for most that means building replacing coal with lower-carbon natural gas or clean renewable power plants. The White House has said CPP would cut carbon emissions from power plants 32% from 2005 levels by 2030, a commitment that is central to Obama’s international commitments made in advance of the Paris climate talks last year.

But the plan now faces legal challenges from 27 states and a slew of oil and coal companies. Whatever the Circuit Court decides—a decision is expected WHEN—legal experts expect the case to eventually make its way to the Supreme Court, which previously paused CPP’s implementation as challenges to the program made their way through the courts. (The unexpected death of Antonin Scalia, who supported pausing the regulation, has increased the chances that the regulation will eventually survive review.)

The legal challenge centers around whether the Obama administration has authority to enact the regulation under the 1990 version of the Clean Air Act and whether the policy infringes on enforcement powers reserved to states. The Clean Air Act mandates that the Environmental Protection Agency (EPA) regulate pollutants from power plants, and the Supreme Court ruled in 2007 that those pollutants include carbon dioxide, but the law has a contradictory wording on some specifics. The House-passed version says that the EPA cannot use two sections of the law to regulate pollutants at one power plant while the Senate-passed version has no such requirement. The House version would prevent regulation of carbon dioxide emissions because the EPA already regulates mercury emissions at power plants. The mistake was the result of a last-minute rush to pass the legislation, according to a New York Times report.

Lawyers opposed to CPP also argue that it allows the EPA to exceed its authority by creating rules “outside the fence line.” In the past, the EPA has created mandates for power plants but not looked beyond how an individual facility might function. “This rule is not about improving the performance of existing power plants,” West Virginia Solicitor General Elbert Lin told the judges Tuesday, according to an Associated Press report. “It’s about shutting them down.”

The states and oil companies opposed to the regulation have been met with fierce opposition from other states with leaders eager to address climate change, as well as a slew of environmental groups. They argue that CPP falls well within the purview of the White House. “This rule addresses the key environmental challenge of our time, and does so cost effectively,” said Justice Department lawyer Eric Hostetler, according to the AP.

Read More: Why These Cities Are Leading on Clean Energy

The legal pitfalls could have been avoided had Congress passed new legislation that specifically addressed carbon emissions. But efforts to pass new laws during Obama’s first term—when he still commanded a Democratic majority in Congress—eventually died in the Senate. So CPP instead relies on Obama’s executive authority to initiate rule making processes through federal agencies—in this case the EPA.

A ruling striking down CPP would have grave consequences for Obama’s climate legacy as well as the U.S. ability to meet its international commitments. President Obama said the U.S. would reduce greenhouse gas emissions by 26-28% below 2005 levels by 2025 in advance of the Paris climate talks last year and strong U.S. commitment was seen as crucial to getting the support of other countries. The U.S. will not be able to meet that commitment without CPP and could miss the goal even with it.

Nonetheless energy experts say CPP is not as radical as opponents make it out to be. Coal-fired power plants have faced increased competition from natural gas and renewable power sources like wind and solar as the prices of those energy sources have come down. CPP—if implemented—would merely act as the nail in the coffin.

“Huge, market-driven shifts in the power sector toward cleaner sources of generation were underway well before EPA even proposed the Clean Power Plan,” said former EPA Administrator Christine Todd Whitman, a Republican, in a TIME op-ed. “With so much at stake, it’s time that we move forward.” 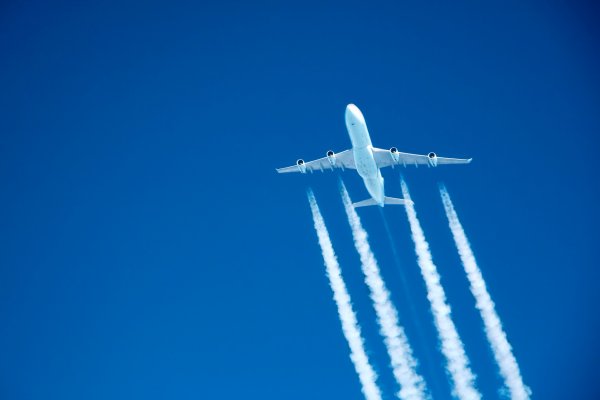 Governments Take Aim at Aviation Emissions
Next Up: Editor's Pick