Donald Trump Is Wrong—Hillary Clinton Is Brimming With Stamina

If Hillary Clinton has anything at all, it’s stamina.

She once again proved that during Monday night’s debate, as Donald Trump lobbed attack after attack against her—from his complaint that she just wasn’t nice enough to his criticism of her positions and dealings throughout her career. Trump spent the larger part of the debate attacking Clinton’s experience, repeatedly stating she’d been working on policies for our country for 30 years (not true), that those policies had consistently failed (also not true) and that she’s been fighting ISIS her entire adult life (which would make her 27, tops).

It’s important to note that Hillary Clinton is not Bill Clinton, and while the American public has been told she wasn’t exactly making cookies in the White House kitchen as First Lady, she also wasn’t the President, nor was she a policymaker during that time.

And this fact exemplifies what gums everyone up. Trump’s detractors have to spend so much time explaining the falsities in his speech that they can’t tie their points against him together in a reasonable way.

Ignoring the standalone implications of Trump’s accusations, they all point in a similar direction: Clinton has been in politics for a very long time, for better or for worse. Trump said several times that Clinton has been in this game for the long haul. He criticized her for that repeatedly.

And then, at the end, he swung full circle and said she didn’t have the stamina for the job at hand. That is in direct opposition to the imagery he had laid out for the previous 90 minutes.

Clinton’s resume speaks to nothing else if not stamina, and Trump acknowledged that in his accusations over the course of the debate, so why would he change tack so drastically? And how was it so completely overlooked by many of the people watching?

Criticizing Clinton’s stamina is just another way going after women for being women.

The stereotype of aging women is that they are frail, they are weaker and they lose steam as they get older, something that many male leaders supposedly escape. So, with Clinton at 68 and Trump at 70, he had ample room to imply she was too old for the job. Because she’s a woman, she can’t handle the rigors of decision making. She won’t be able to put a strong face on America. She’ll be too busy getting older.

To her credit, Clinton quipped back at him about her ability to testify for 11 hours straight and not lose her cool. She brought up her ability to travel to more than 100 countries to negotiate cease-fires and peace deals as Secretary of State.

These things are true. But how much of America was simply looking at an old woman who was felled by pneumonia earlier this month, even as Trump sniffed and sniffled his way through the entire debate?

Stamina, according to Merriam Webster, means “great physical or mental strength that allows you to continue doing something for a long time.”

If Hillary Clinton has proven only one thing in her entire life, it’s that she has stamina. 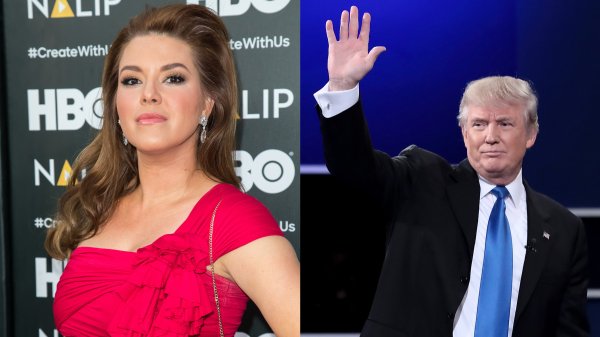