Is the FDA Too Cozy With Drug Companies?

People who work at the U.S. Food and Drug Administration (FDA) as medical reviewers are responsible for parsing the risks and benefits of a particular drug before it gets the agency’s approval. But a new report from two researchers at the Oregon Health and Science University, published in the journal The BMJ, suggests many of these medical reviewers go on to work for the drug companies they oversaw while working for the government.

Critics have called out this revolving door between the FDA and the pharmaceutical industry, and the study’s authors wanted to see how the numbers matched up to that claim. They looked at the FDA’s list of haematology-oncology drug approvals from 2006 to 2010 and scanned all medical reviews from 2001 to 2010 in the agency’s database, then looked up the subsequent jobs of the people who worked as medical reviewers for those drug approvals.

The researchers found that among 55 people who worked as haematology-oncology medical reviewers from 2001 to 2010, 27 continued in their roles at the FDA, two people worked at the FDA but held other appointments, and 15 left the FDA to work with or consult for the biopharmaceutical industry. The jobs of the rest of the people could not be determined.

“I don’t think there is overt collusion going on, but if you know in the back of your mind that a major career opportunity after the FDA is going to work on the other side of the table, I worry it can make you less likely to put your foot down,” says study author Dr. Vinay Prasad, an assistant professor of medicine at the Oregon Health and Science University. “Regulators may be less willing to be very tough, and I worry that is happening.”

Study author Prasad says he would like to see more transparency from the FDA on the number of people who go from the agency to the drug industry. He noted that former FDA commissioner Dr. Margaret Hamburg said in a March interview that she won’t consider working for companies that the FDA regulated for a couple years, calling it a “cooling-off period.” Prasad said they were unable to determine in their report how many people went directly from the FDA to the pharmaceutical industry.

Prasad also adds that more needs to be done to recruit and retain the best talent at the FDA. “We need to address why people are leaving the FDA,” he says. “I sympathize for them. These are people doing an important job and … they’re certainly earning less than what they can make in the [pharmaceutical] industry.” 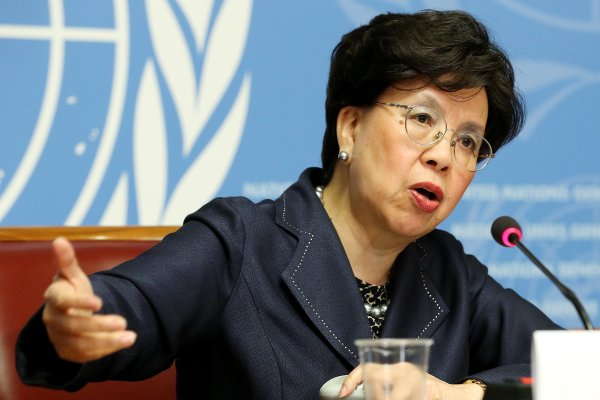 Superbugs a 'Major Threat'
Next Up: Editor's Pick