Trump called into to Fox and Friends Tuesday morning, and mentioned Clinton’s comments as the one time the Democratic presidential nominee got under his skin.

Host Ainsley Earhardt appears to try to steer Trump to another topic, but the Republican presidential nominee continued.

“She was the winner, and she gained a massive amount of weight, and it was a real problem,” Trump says. “Hillary went back into the years and she found this – this was many years ago – and found the girl, and talked about her like she was Mother Teresa, and it wasn’t quite that way, and that’s okay, Hillary has to do what she has to do.”

Machado won the Miss Universe pageant in 1996 at age 19 while Trump was a co-owner of the Miss Universe organization, but three months after earning the title rumors about her weight gain started, and Trump and pageant officials threatened to take away her crown if she didn’t lose the weight.

The Clinton campaign tweeted out an interview with Machado right as the debate ended.

Trump hired a personal trainer for Machado in 1997, and invited reporters and cameramen to film her exercising, without letting her know.

“It was very humiliating. I felt really bad, like a lab rat. It had turned into a circus, the joke of ‘The Fat Miss Universe.’ A joke that caused me a lot of pain,” Machado says now. “Long after, I was sick with eating disorders. I wouldn’t eat, and would still see myself as fat, because a powerful man had said so.”

Machado, originally from Venezuela, became a U.S. citizen in August, and pledged her support for Clinton, determined to defeat Trump.

“This is a man who doesn’t realize the damage he causes,” Machado says. “He bears many grudges, and harbors a deep racism, and he is convinces that there are lesser human beings than him. But now I’m strong.”

“I am an American citizen, and I am going to vote. That’s why I dare speak about all this. I think Donald Trump definitely lacks the ability, experience, preparation, and human qualities, to be president of the United States.” 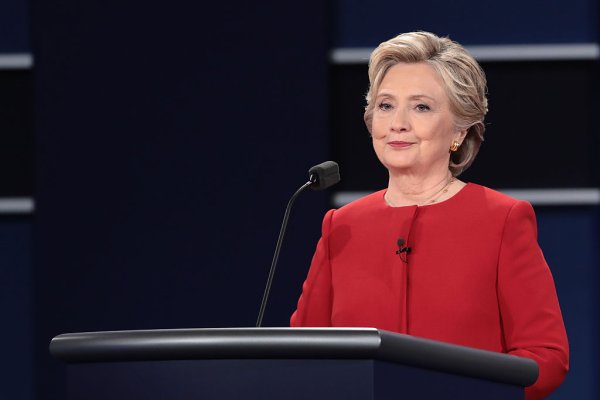 Why Gender Equality Is So Hard to Achieve
Next Up: Editor's Pick