The Devil Wears Prada is in the news again—but not quite the way some might think. Besides being the name of a bestselling novel and iconic movie about the perils of the fashion industry starring Meryl Streep and Anne Hathaway, The Devil Wears Prada is also, as it turns out, the name of a popular metalcore rock band. On Tuesday, the release of their latest music video for “To the Key of Evergreen” was widely shared.

What you should know about the band: they’ve actually been around longer than the movie, having formed in 2005. The movie came out in 2006; the book on which it’s based, however, was first published in 2003. Their fans are devoted, as the music video has racked up nearly 100,000 views in just its first few hours. For metal lovers, their new song should hit all the right notes. And for those who were hoping for a slick sequel to the other Prada, meanwhile, the video is discordantly dreamy—a lovers’ road trip through an idyllic rural setting. (Admittedly, fictional fashion magazine editor Miranda Priestly may not be into the digs—it’s certainly no private car service and swanky hotel room at the Ritz—but there’s a certain editorial element to the cinematography.)

So there’s something here for members of both fandoms, even if the shared name is distinctly confusing. The devil is in the details. 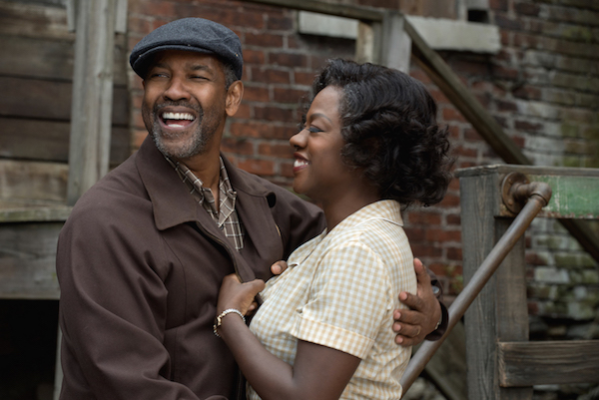 Watch Viola Davis and Denzel Washington in the Emotional First Fences Trailer
Next Up: Editor's Pick