Following their record-breaking night at the Emmys, the Game of Thrones cast seems to be back in Belfast to continue work on the upcoming seventh season. And although the HBO drama’s return still seems much too far away, the start of filming at least means the start of on-set photos — the most recent of which features fan-favorites Tormund Giantsbane and Lyanna Mormont.

Shared by everyone’s favorite Wildling actor Kristofer Hivju on Instagram Monday, the post sings the praises of his young costar Bella Ramsey, who won fans’ hearts with her very first scene in season six. “LOOK OUT FOR THIS ONE!,” Hivju wrote. “Bella Ramsey portrays Lyanna Mormont with such a strength, authority and coolness! She also stars in a upcomming BBC/ Netflix show called The Worst Witch! She’s super cool and a highly professional actor in the age of 11!”

He also hinted at what viewers can expect when the show finally returns: “Can’t tell you if our characters meet or not this season – but I can tell you this: you have SO much to look forward to in season 7! Hallelujaaaaa!” 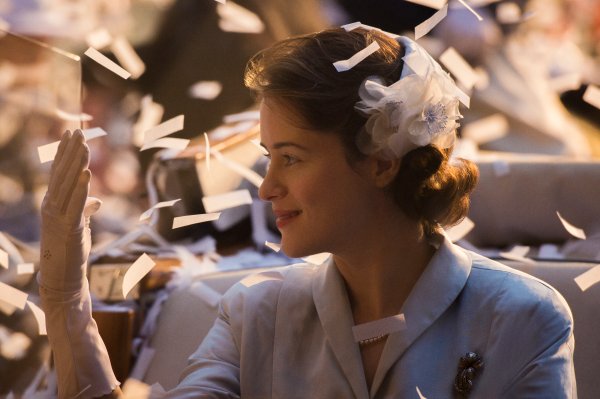 Watch the Trailer for the Ambitious New Netflix Series About Queen Elizabeth
Next Up: Editor's Pick