Here's One Way Your Dog Is a Better Learner Than You

Relax, I've got this: Dogs are more efficient learners than you think
Auscape; UIG via Getty Images
By Jeffrey Kluger

Dogs don’t wear pants — and it’s hard to know how things would work out if they tried. But one thing is clear: if dogs did wear pants, they would use either a belt or suspenders, but definitely not both.

That, in some ways, puts them ahead of us. According to a new study, both domesticated dogs and one species of wild dog do a better job than human beings and chimpanzees of ignoring bad instructions and eliminating unnecessary steps when trying to solve a problem. It’s a difference that says a lot about the social order of all of the species.

The study, published in the journal Developmental Science and led by Angie Johnston and Paul Holden of the Yale University Canine Cognition Center, was designed to explore the learning behavior known straightforwardly as overimitation, a feature of our own species far more than any other. When an adult teaches a small child how to, say, solve a puzzle or operate a device like a television, the child will faithfully perform all of the steps nearly all of the time, even when repeated trials plainly show that some of those steps are unnecessary. A landmark 2005 study involving both young chimpanzees and 3- to 4-year-old children revealed that both sets of subjects will go through as many as five steps — some ultimately proving to be unnecessary — to retrieve a reward from a box, with the humans actually performing less well than the chimps at eventually skipping the irrelevant ones.

Dogs would need a great deal of training to solve a five-step puzzle, if they ever mastered it at all. For that reason, the Yale researchers decided to keep things simple, presenting both domesticated dogs and wild dingoes with a plastic box that had both a lever on the side and a lid. The box contained a treat and the experimenters first demonstrated to the animals how to move the lever and then lift the lid to get at the reward. The lever, however, was useless and the lid could be opened without it. In some cases the puzzle was made of transparent plastic, revealing both the contents and the box’s internal workings; in other cases it was opaque.

As is the case with all dog studies, not every subject was quite up to completing the experiment. “One trial was excluded from analysis for puzzle error (the dog flipped the entire puzzle over),” the researchers wrote. Most of them, however, did get all the way to the end, and the results were both impressive and, for humans, a little humbling. After watching the box being demonstrated, up to 75% of the dogs and dingoes correctly learned and imitated the two-step process to get the treat. It took just four trials, however, for a significant number of them to learn to skip the useless lever, with 59% of the dogs and only 42% of the dingoes continuing to use it.

The appearance of the box — clear or transparent — made no difference at all to the dogs. The dingoes — for reasons that were uncertain — actually did a better job of catching wise to the uselessness of the lever when they couldn’t see through the box than when they could.

If dogs are more efficient learners than humans, it hardly needs to be said that they are not better learners, and for a species with as elaborate a social system as ours, efficiency in learning is not necessarily a good thing. Johnston points out, for example, that children quickly learn that washing their hands before dinner and brushing their teeth after are not necessary to achieving their focal goal — eating — but their parents insist on it and so they comply. More subtly, once kids are out in the world there are uncountable social conventions — shaking hands, saying “please,” holding a door for the person behind you — that may be irrelevant to getting immediate needs satisfied but are essential to the maintenance of social order.

“Although the tendency to copy irrelevant actions may seem silly at first,” said Johnston in a statement accompanying the paper’s release, “it becomes less silly when you consider all of the important but seemingly irrelevant actions that children are successfully able to learn.” From that kind of learning, a complex culture follows.

Correction: The original version of this story misstated the journal in which the study appeared. It is Developmental Science. 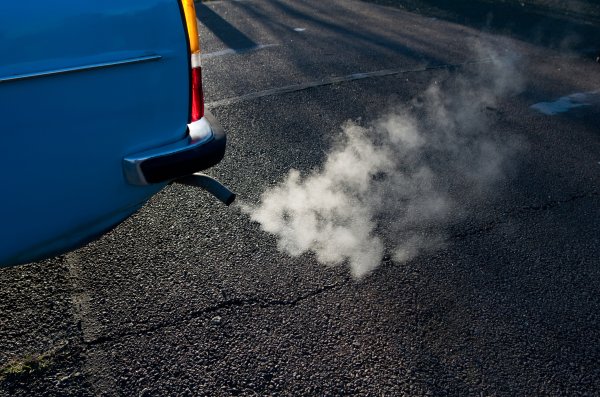