David Bier is immigration policy analyst at the Cato Institute

Immigration only made a brief cameo in Monday night’s debate, but Donald Trump managed to once again falsely connect immigrants to crime.

No matter how researchers slice the data, though, the numbers show that immigrants commit fewer crimes than native-born Americans. But that’s not good enough for Trump’s followers. They firmly believe immigrants make America less safe. What the anti-immigration crowd needs to understand is that not only are immigrants less likely to commit crimes than native-born Americans, but they also protect us from crime in several ways.

Here’s how it works: imagine 1 out of every 20 people is a criminal. If you are a criminal, you have a 5% chance of bumping into another criminal who tells you about an opportunity to commit a crime or helps you carry it out. When an influx of low-crime immigrants enters the country, they reduce the chances of you making that connection, thus reducing overall crime.

This is one reason why homicides and robberies in the most immigrant-dense cities fell further than elsewhere in the country following a surge in immigration in recent years. It is no surprise that America’s crime rates plunged as immigration surged in the 1990s.

Buffalo is a good example. Denise Beehag of the International Institute of Buffalo told NPR last year that immigrants “were pretty much the only group that was moving into the West side of Buffalo and taking over those vacant houses and businesses.” Crime fell most dramatically in Buffalo in Bangladeshi immigrant areas—by 70%.

Immigrants also reduce crime in more direct ways. For starters, about 25,000 police officers, detectives and other law enforcement personnel were born in another country, according to the Census Bureau in 2014. USA Today reported last year that more law enforcement agencies across the country are recruiting immigrants to fill vacancies in tough areas and connect with the diverse population.

Immigrant police officers expand the size of the law enforcement labor force, which lowers crime in two ways. First, the sheer number of cops has been shown to have a depressing effect on crime. And second, allowing agencies the ability to hire the best recruit possible increases the quality of their workforce, which further depresses crime.

Of course, immigrants who aren’t cops also stop crimes and save lives. There are another nearly 6,000 immigrants working as firefighters, roughly 14,000 as correctional or probation officers, almost 70,000 working in private security, and nearly 700,000 in medical and health services, including nearly half of all diagnosticians and treating practitioners.

Immigrants are saving lives without much publicity in all of these fields. But even outside of them, news stories abound of immigrants preventing or stopping crime.

Consider two recent cases: Peter Lars Jonsson and Carl-Fredrik Arndt, Swedish students at Stanford University, were cycling home in Spring 2016 when they stopped a sexual assault and apprehended the perpetrator. They provided the key testimony against him at trial. In 2015, Feidin Santana, a Dominican immigrant living in South Carolina, caught a police officer killing a black man named Walter Scott on camera, helping lead to the indictment of the murderer.

It’s not just legal immigrants either. In 2011, Diaz Chacon, a Mexican immigrant without legal documents, stopped an abduction of a 6-year-old girl. Chacon jumped into his pickup and chased the kidnapper until the driver crashed, before pulling the child from the van and returning her to safety. Another unauthorized immigrant acting as a night watchman at a convenience store fended off and shot a burglar in 2008 in Texas.

Moreover, situations in which immigrants provide key testimony against criminals is not at all rare. In fact, there were 76,000 U visas issued from 2008 to 2016 to foreign witnesses to crimes cooperating with law enforcement. Another 120,000 had applied and had applications delayed due to congressional caps on visas.

Donald Trump is not wrong to say that some immigrants can cause crime. But they help make the country safer and more livable. 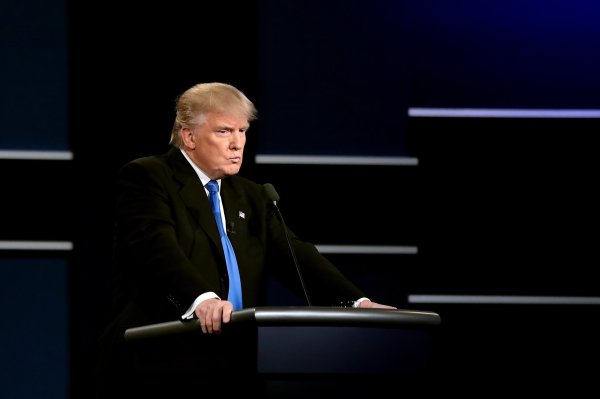 Donald Trump's Concern About Nuclear Weapons Dates Back Decades
Next Up: Editor's Pick