U.S. sitcom Modern Family is set to air an episode that will feature the first openly transgender child actor on television.

8-year-old transgender actor Jackson Millarker will be making his first appearance in the episode ‘A Stereotypical Day’, which will air on Wednesday. According to Variety, Millarker will play Tom, a transgender friend of Cam (Eric Stonestreet) and Mitchell’s (Jesse Tyler Ferguson) adopted daughter Lily.

Ryan Case, who directed the episode in the show’s eighth season, posted a photo on Instagram of Millarker on set. “This is Jackson Millarker,” Case announced. “He’s 8 years old, from Atlanta, and just happens to be transgender. He plays Lily’s friend Tom in this week’s Modern Family and he’s wonderful. One of the many reasons I love being a part of this show.”

Television shows such as Orange is the New Black and Nashville have starred openly transgender actors, THR reports, but a show has never featured an openly transgender child actor before. The call for more trans-visibility in the entertainment industry was reiterated by Transparent star Jeffrey Tambor on Sept. 18 at the 68th Emmy Awards.

Tambor, who won an Emmy for Lead Actor in a Comedy Series for his role as a transgender woman in the show, said “I would not be unhappy were I the last cisgender male to play a female transgender on television.”

Modern Family‘s ‘A Stereotypical Day’ will air on Wednesday Sept. 28 on ABC. 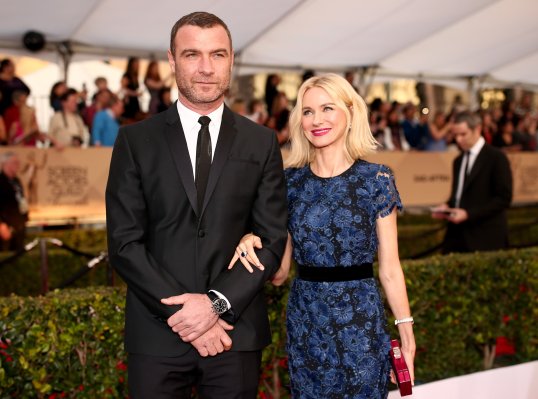 Liev Schreiber and Naomi Watts are Splitting Up
Next Up: Editor's Pick