Will & Grace's Strange Reunion Shows Why the Show Faded Away

In an era of reunions—The X-Files, Fuller House, Gilmore Girls—the Will & Grace cast convening to film a note-perfect recreation of their show shouldn’t come as a surprise. But it still does. For one thing, the series ended in 2006 with the bizarre, downbeat revelation that Will and Grace fell out of touch and did not reconnect until late in their lives, deeper into the future than 2016, so this vignette exists outside the show’s flexible reality.

Furthermore, for all the excitement the show’s cast managed to gin up on social media, the show feels oddly excluded from a renaissance of nostalgia for many other turn-of-the-century sitcoms. Seinfeld and Friends feel, now, as though they’ll be watched forever, and Sex and the City and even Frasier seem to have meaningful fanbases. Will & Grace is remembered more for its genuinely pathbreaking qualities in featuring gay characters, not for its actual qualities as a show. (In that way, it’s like countless other TV touchstones remembered more for impact than for substance; many young viewers know the M*A*S*H finale set ratings records, but how many have seen it?) Will & Grace is not on streaming services, it was a bit too sophisticated to appeal to millennial viewers in the way Friends did when it first aired, and (more than most shows from its era) its style of humor has come to feel wildly outdated. That this sensibility was put to work on an apparently pro-Hillary Clinton mini-episode feels less like a gift to Clinton than one more thing for the candidate to have to bear.

On the new episode, Will and Grace discuss their shared antipathy for Donald Trump before being greeted by wealthy socialite Karen, who is (naturally) a Trump supporter. The three then debate which candidate Jack should support. But the plot comes second to trading barbs, as when Karen refers to Will as Grace’s “pussy gay Muslim boyfriend.” There’s also the requisite mocking of Karen’s Hispanic maid, whom Grace defends: “The closest person in your life, Rosario, is a Mexican-American, and the things that Donald Trump has said about the Mexican people is so offensive!” Informed that Rosario is in fact Salvadoran, Grace remarks, “What’s the difference?”

The joke that underpinned Will & Grace is that Will and Grace were both toxic narcissists, as prejudiced and venal as their id-governed pals Jack and Karen but better at hiding it to fit into polite society. Yes, they were best friends, but who else would have them? The show was at its best when focused on their own flaws, and at its absolute worst when it tried to create Friends-style drama over babies and affairs. (Its apparent belief that because it had two gay men in its four-member ensemble, it got a pass on rude racial humor encompasses the whole run of the show, and was unfortunate.)

We don’t actually care who Will and Grace are voting for or what their political beliefs are, but they’re incongruous with a true pro-democracy message. Will referring to undecided voters in Pennsylvania, en masse, as “the unemployed, uneducated, angry white man,” is a strange get-out-the-vote tactic, if that’s even what this special was trying to do. Worse, these twisty beliefs stand in the way of the jokes.

But it’s hard to deny, too, that the style of say-everything racial and sexual humor the show gleefully took part in feels out-of-touch today—to say nothing of the fact that the writing has, in terms of pure quality, lost a step. (“Gay Muslim boyfriend”? That’s the best Karen had in her arsenal?) The show’s four stars carried the material admirably, as they’d done through the show’s weaker seasons. But this muddled bummer of a reunion made a good case as to why Will & Grace has faded so rapidly from a conversation in which its contemporaries are still endlessly discussed. Chemistry of the sort they had fades, a bit, from memory as time goes by; it’s ephemeral. It’s writing that burns itself onto the mind, from the ingenious plotting of a Seinfeld episode to the better-drawn-than-you-remember character types on Friends to Carrie Bradshaw’s puns. On the Will & Grace reunion, the characters bicker as they always did, but none lands a knockout blow, or even a memorable line that’s not connected to an anti-Hispanic racial slur (those ones are memorable for the wrong reasons). It was indeed a pitch-perfect recreation, but it showed why Will & Grace, for all it did in allowing people to understand and relate to gay people, is remembered less as a show than as a moment. 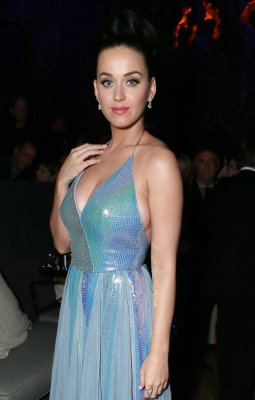 Katy Perry Strips Down in Attempt to Get People to Vote
Next Up: Editor's Pick