Liev Schreiber and Naomi Watts are Splitting Up

Liev Schreiber and Naomi Watts are the latest Hollywood couple to announce their separation.

Schreiber and Watts have been together since meeting at the Metropolitan Museum of Art’s annual costume ball in 2005, although they are unmarried. In a statement to The Hollywood Reporter on Monday, the couple said “Over the past few months we’ve come to the conclusion that the best way forward for us as a family is to separate as a couple. It is with great love, respect, and friendship in our hearts that we look forward to raising our children together and exploring this new phase of our relationship,” referring to their sons Alexander, 9, and Samuel, 7. “While we appreciate your curiosity and support, we ask the press to be mindful of our children and respect their right to privacy.”

Both actors have had screen successes in a variety of roles, having played leading characters in Oscar-winning films Spotlight and Birdman. They appear onscreen together in The Bleeder, set for release in spring 2017, which is based upon the life of the American boxer Chuck Wepner. The pair were seen together on the red carpet earlier this month promoting the film at its Toronto Film Festival premiere. In the film, Schreiber plays Wepner and Watts stars as his wife Linda. 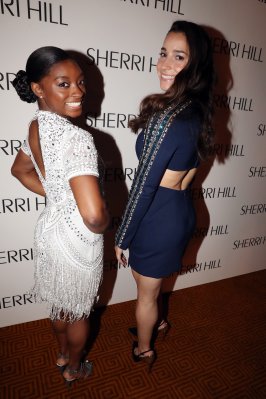 Simone Biles and Aly Raisman Crushed It at Fashion Week
Next Up: Editor's Pick