This Was the Most Tweeted Presidential Debate Ever

The first televised showdown between Donald Trump and Hillary Clinton was the most-tweeted presidential debate ever, according to Twitter.

The social network provided the receipts, as millions of tweets were sent out during as the two candidates duked it out during the 90-minute debate.

The Republican also had the top moment on social media: when he exclaimed that his best quality was his “temperament.” That remark, and Clinton’s response, was the most talked about moments on both social networks.

Other top moments include Trump’s comments on New York City’s now defunct stop-and-frisk policy and an exchange with Clinton on a plan for defeating ISIS. 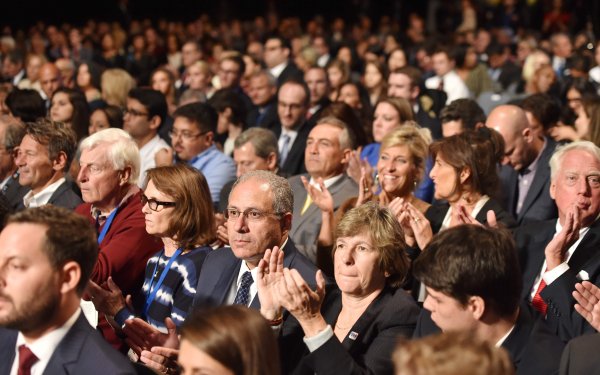 Here's Why the Audience at the Presidential Debate Clapped
Next Up: Editor's Pick