Saudi women arrive to attend Janadriyah Culture Festival on the outskirts of Riyadh on Feb. 8, 2016
Faisal Nasser—Reuters
By Dominique Rowe

A growing protest movement is looking to loosen the tight restrictions faced by women in deeply conservative Saudi Arabia. An online petition calling for an end to the country’s male-guardianship system has garnered almost 15,000 signatures, in part thanks to a social-media campaign.

According to Saudi law, women must have the permission of a male guardian to travel abroad, get married or leave prison. Women often need to get consent — from a father, brother or son — to work, study, rent a flat or undergo hospital treatment, the Guardian reports.

The petition is the first of its kind in the kingdom and was handed to the government on Monday, the BBC reports.

Read More: I’m a Saudi Woman Who Has a Male Guardian. He Is My Greatest Supporter

“Women should be treated as a full citizen,” leading activist Aziza al-Yousef told the Guardian. “This is not only a women’s issue, this is also putting pressure on normal men … this is not an issue for women only.”

Following the release of a damning Human Rights Watch report in July, the hashtag #IAmMyOwnGuardian went viral, with women of all ages tweeting for a change to the system. Over the weekend some 2,500 women also sent telegrams to the Saudi King’s office asking to end the guardianship rules for women. 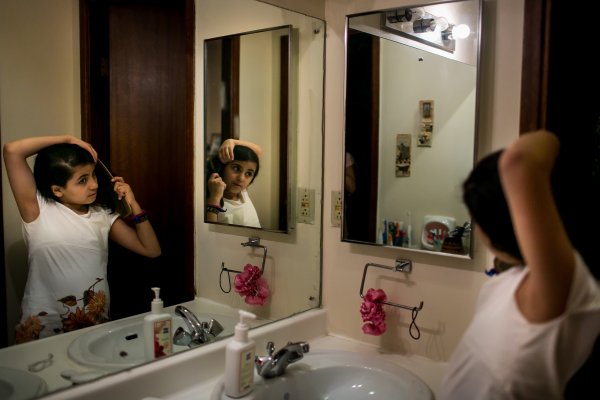 Personal Tales of Love, Divorce and Guardianship in Saudi Arabia
Next Up: Editor's Pick