The Mystery Behind the Will & Grace Reunion Has Been Solved

Among the hits against Trump, Grace enumerates his “offensive” statements about Mexicans (with whom she, in typical Grace fashion, mistakenly but good-naturedly lumps Karen’s El Salvadorean maid Rosario) and the nominee’s stance on civil rights for other minority groups (including the LGBTQ community), for starters.

Meanwhile, she encourages Jack and Karen – who counts “Donnie [as] one of my oldest friends” – to stand with Clinton due to the former First Lady and Secretary of State’s experience, the message it would “send to little girls and little boys who are going to be little girls and little girls who are going to little boys,” as well the chance to “be a part of the America that finally shattered that glass ceiling.” [Cue an amazingly, nostalgically tone-deaf gospel performance by Grace.]

In the end, though, it all comes down to Katy Perry as Jack tells his well-off pal: “Sorry, Kar, I’m with her.”

Complementing the hashtag campaign #VoteHoney that the costars shared on social media Monday, the new video (produced by original Will & Grace creators Max Mutchnick and David Kohan) landed just hours before Clinton and Trump will face off on the issues for the first time in the first formal presidential debate of the 2016 election.

The 2016 presidential election, which Will deems “the most important election of our lifetime,” will happen on Tuesday, Nov. 8. Grace encourages all (not just Jack and Karen) to vote because “it is unAmerican not to” – even if you don’t happen to be incidentally registered in in the pivotal swing state of Pennsylvania like Jack. 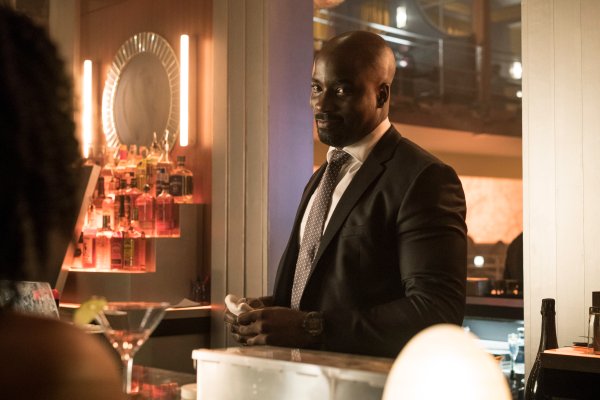 Everything You Need to Know About Luke Cage
Next Up: Editor's Pick