An Old Phenomenon: The Victim as Criminal

A demonstration against lynching held in Washington in 1946.
Keystone-France / Getty Images
By Arica L. Coleman

It is a sad but true fact that videos of the killings of black people by police officers have become what one writer for The Guardian called “America’s new TV violence.” The tapes are almost ubiquitous in mainstream and social media, as the use of body cams and camera phones has resulted in a proliferation of recordings of fatal encounters.

But, even as these videos may appear to offer an objective perspective on what has happened, it’s become clear that these filmed deaths are still subject to interpretation. As Al Jazeera and Alternet have noted, news outlets often highlight criminal activity, whether real or imagined, of those who are killed by police and engage in speculation over the character of the victim. This manner of reporting reinforces “tropes about black criminality that have long tainted media coverage of instances of police violence,” contends Media Matters. Consequently, family members and community organizations such as The Center for Racial Justice Innovation find it necessary to challenge media reports that put black victims on trial before all of the facts are known.

But this mass circulation of images of the killings of black victims, like this conversation about the narratives that accompany them, has been the focus of debate since the late 19th century.

The current iconography and textual representations of brutalized black citizens is reminiscent of late-19th to mid-20th century representations and narratives regarding lynching victims. As Salon writer Chauncey DeVega has put it, the videos can be seen as “a new digital-era version of lynching postcards.”

Those “lynching postcards” were a phenomenon of the years following the invention of the Kodak camera in 1888. The new technology allowed lynchings to be captured in real time, and images of those crimes to be distributed nationwide.

Without Sanctuary: Lynching Photography in America by James Allen, et. al., is a photo documentary of the horrors of that system, as documented by southerner whites, who made a point to capture these public events. As Allen observes, “Hundreds of Kodaks clicked all morning at the scene of the lynching. . . Picture card photographers installed a portable printing plant . . . and reaped a harvest in selling postcards.”

Postcards of lynched victims were sold as souvenirs and mailed to friends and relatives as gifts. They were also sent to those, particularly northern whites, who opposed these crimes as a form of intimidation.

As Allen notes, newspapers often advertised public lynchings in advance, and afterwards provided gruesome details of the event. Sensationalized headlines such as “Five White Men Take Negro Into Woods; Kill Him: Had Been Charged with Associating with White Women,” wired by the Associated Press about a lynching in Louisiana, are representative of how the press often cited the alleged crimes of the victim in order to justify such executions without due process.

But in 2015, The Equal Justice Initiative released a report on the history of lynching in the U.S., starting during the immediate post-Civil War era—and historians now concur that lynching, as Bryan Stevenson, Executive Director of EJI told the New York Times, was less about crime and more about “executing people for violating the racial hierarchy.” In other words, whether the person killed had committed a crime was irrelevant to the punishment meted out.

The criminalization of lynching victims, made popular by the national press, did not go unchallenged.

Frederick Douglass provided a counter narrative in an 1895 article, “Why is the Negro Lynched?,” in which he proposed to give “a coloured man’s view” of a subject that had thus far been debated in public by predominantly white speakers. Douglas recounts that after emancipation, “scores of Negroes” were killed for alleged conspiracies such as “schemes to kill all white people, plots to burn the town, and commit violence in general.” Such accusations were played out “in glaring headlines in the columns of nearly all our newspapers.”

By the 1890s, those earlier justifications for lynching were largely replaced by the trope of the black male rapist who lusted for the purity of white womanhood.

The consequences of this pernicious campaign resulted in an immediate increase in black male lynching, which lasted from the 1890s to the 1930s. Douglass denounced the accusation as fear mongering. Civil rights feminist Ida B. Wells-Barnett concurred, adding that the southern definition of rape went well beyond that of the courts; the mere proximity of a black man to a white woman constituted rape.

As an investigative journalist and newspaper editor, Wells-Barnett traveled all over the nation investigating individual cases of lynching and their justifications. She was inspired to do so after two black male acquaintances, who owned a store directly across from a white shop owner’s business, were accused of rape and were lynched. She compiled her findings in a pamphlet titled The Red Record: Tabulated Statistics and Alleged Causes of Lynching in the United States.

Wells-Barnett learned that in most cases the justification for lynching was based on trumped up-charges leveled against local black business owners who posed an economic threat to competing white businesses. She compiled a laundry list of offenses that justified lynching, which included “anything or nothing.”

Compiling factual information for the “red record” continued into the 1920s, with the NAACP purchasing full ads in newspapers and issuing broadsides that challenged mainstream stereotypes of black criminality in an attempt to garner support for a federal anti-lynching bill. This effort continued into the 1930s, but Congress failed to pass any legislation in support of the ant-lynching cause.

One of the unique ways blacks sought to counter negative stereotypes promoted by the press was though theatrical representations that aimed to humanize black victims of vigilante violence, a genre known as “lynching plays.” Ohio State University Associate Professor of English Koritha Mitchell, in her book Living with Lynching; African American Lynching Plays, Performance and Citizenship, 1890-1930, notes the development of the concept, which emerged during the turn of the century. Playwrights moved beyond the brutalized images produced by photographers and circulated by the mass media. As Mitchell notes, “their scripts spotlighted instead the black home and the impact that the mob’s outdoor activities have on the family.”

These past efforts by civic leaders and dramatists augur the current movement to counter media narratives that transform black victims into perps. Countering such stereotypes, by focusing on victims’ family and community relations, maintains the humanity of the fallen and serves as a coping tool for those who live with the clear and present danger of imminent violence. 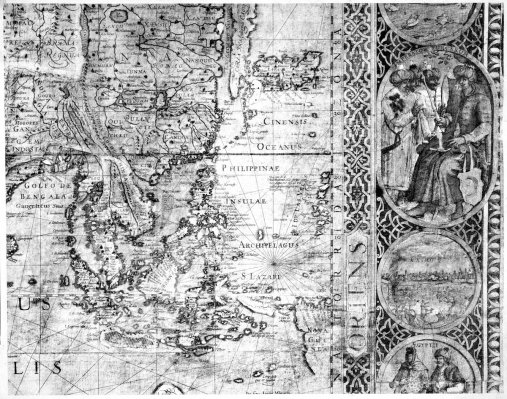 The Long History Behind Territory Disputes in the South China Sea
Next Up: Editor's Pick