Now’s your chance to live like Hermione Granger—during summer vacation from Hogwarts, anyway. The house used as Emma Watson’s teenage witch’s family home in Harry Potter and the Deathly Hallows: Part 1 is up for sale for the first time in sixty years, according to the listing. Situated in a cul-de-sac in the northern London suburb of Hampstead, it’s a spacious three-level, six-bedroom home with a classic, verdant back garden; you can just imagine the fictional dentists Mr. and Mrs. Granger raising their super-studious daughter Hermione in the light-filled living room.

It’s on the market for about $3.1 million, so your piece of Harry Potter set history certainly doesn’t come cheap. Then again, with six bedrooms, it will house much more than you just your three-person family and (oversized) ginger cat, so perhaps you could ask a few fellow Hermione fans to chip in and become your roommates.

This piece of news follow’s last week’s discovery that Harry’s childhood house from the franchise—the iconic Number 4 Privet Drive—is also currently for sale. That one had an admittedly more substantial role in the films, as the setting for the boy wizard’s sadly memorable cupboard under the stairs. Then again, the Granger house isn’t necessarily associated with particularly happy memories, either; in the scene set here, Hermione must wipe the memories of her beloved parents in order to protect them from her own dangerous path.

Check out the home below. 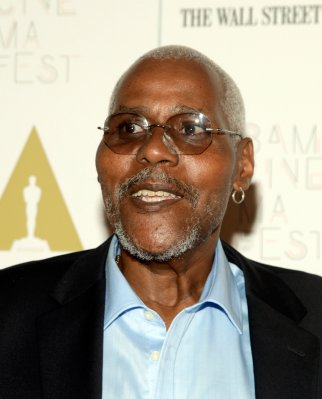 Celebrities Mourn the Death of Do the Right Thing Actor Bill Nunn
Next Up: Editor's Pick