How Exercise Helps You Age Better

There’s even more reason to exercise, especially as you get older. While study after study confirms the benefits of physical activity for the heart, mind and body, many older adults do not follow a regular exercise regimen. The findings of a new study may compel them to change, though.

In a study published in the Annals of Internal Medicine, researchers led by Dr. Thomas Gill, a professor medicine at Yale University School of Medicine, followed more than 1,600 elderly adults who were mostly sedentary at the start of the study. Gill had half of them start a walking and strength and balance training regimen, and by the end of the study, the results were clear: people who exercised spent 25% less time disabled or injured than those who did not.

That’s important for seniors, he says, since most previous studies looking at exercise’s benefits only focused on whether physical activity could prevent disability. But since most elderly spend time cycling in and out of periods of immobility, the latest results show that exercise can also help them reduce the time spent with limited activity and independence.

“This demonstrates that a physical activity program really has continued, sustained benefit over an extended period of time,” says Gill. The exercise could be working to build up a reserve capacity that makes them fitter and stronger and therefore better able to bounce back after injuries like falls or illness. That means they might be able to recover more quickly if they do experience a blow to their health.

The results were especially encouraging since even though all of the participants had some limitations in their activity, including impairments in balance, their gait or muscle strength. Many also had chronic illnesses that required multiple medications and therefore represented about 50% of Americans in their age group.

“People can change their lifestyle to build in physical activity into their weekly schedule,” says Gill. “And then they can accrue those benefits. And even in the event of serious illness or injury that leaves them disabled, they still have a high likelihood of recovery. We hope that will provide additional incentives for older persons and their families, as well as physicians, to more aggressively recommend the benefits of physical activity in this population. It’s probably the single best mechanism for them to maintain their independence.” 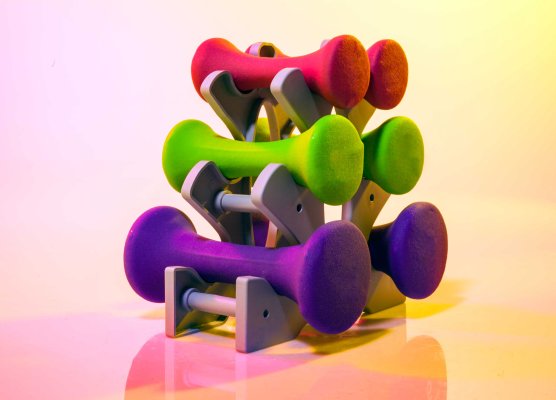 Why Getting Back in Shape is So Hard
Next Up: Editor's Pick