A retired professor was released from an Iranian prison and returned to Canada on Monday, after spending months behind bars.

Homa Hoodfar, 65, is Iranian-Canadian and was detained in the country in March after traveling there to visit family, according to the Associated Press. Her family has said she was imprisoned in the Evin Prison in Tehran. She’d been there since June, but Iran announced that she and three others were indicted in July.

Hoodfar’s release comes after her supporters urged Canadian diplomats to bring up the former anthropology and sociology professor’s case during the United Nations General Assembly. The AP reports Foreign Ministers from both countries met on the sidelines last week. Because Canada does not have an embassy in Iran, the country also worked with others to secure her release.

In a statement, Canadian Prime Minister Justin Trudeau thanked Italy, Switzerland, and Oman for assisting and said Canadians are “relieved” that Hoodfar has been released.

“The Government of Canada has been actively and constructively engaged at the highest levels in Dr. Hoodfar’s case – since her ordeal began – working for her release and return to Canada,” the statement reads. “Our officials have also been providing consular assistance to her family and will continue to do so until their loved one has arrived home safely.”

According to the Associated Press, five others are known to be detained in Iran including Siamak Namazi, Baquer Namazi, Robin Shahini, Nazanin Zaghari-Ratcliffe, Nizar Zakka; former FBI agent Robert Levinson has been missing since 2007. 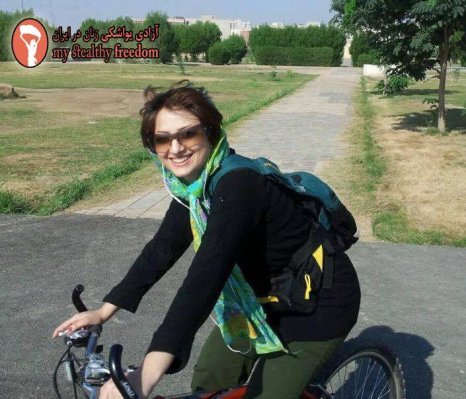 Iranian Women Get on Their Bicycles in Defiance of Fatwa
Next Up: Editor's Pick