For a crowd of more than 60,000 in Manhattan’s Central Park, pop goddess Rihanna closed out the seven-plus-hour annual Global Citizen Festival with an energetic performance that spanned her history of major hits, from upbeat “Umbrella” to emotional renditions of “Stay” and “Love on the Brain.” The Barbadian singer added her name to an extensive list of stars who have lent their celebrity to Global Citizen’s efforts to end world poverty; Beyoncé was last year’s headliner.

Other performers at Saturday’s massive outdoor festival included Demi Lovato, Metallica, Kendrick Lamar, Major Lazer, Ellie Goulding, Coldplay’s Chris Martin and Pearl Jam’s Eddie Vedder — but it was really Rihanna’s night, as the thousands of attendees waited it out after dark for RiRi to grace the stage. The Anti singer started her set about 30 minutes delayed; Chris Martin graciously performed an improvised version of Prince’s “Raspberry Beret” to appease the restless crowd, asking concertgoers for their patience as Rihanna was making herself “five percent more gorgeous,” he guessed.

The musical acts were mixed with calls to action from celebrity speakers like Neil Patrick Harris and Priyanka Chopra, and even a special video message from First Lady Michelle Obama. Attendees snagged tickets to the free event, which is in its fifth year, by performing “actions” like calling, tweeting, or sending messages to world leaders to support a series of poverty-ending initiatives.

“Lately my office has been flooded with phone calls and tweets from many of you. Thanks Rihanna!” joked Canadian prime minister Justin Trudeau in another video message broadcast to the crowd. See some moments from the fest below. 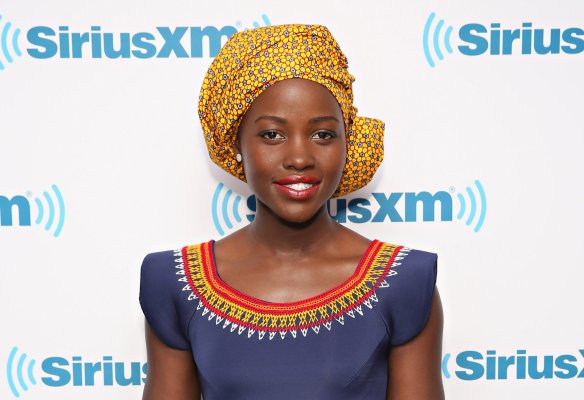 Watch Lupita Nyong'o Show Off Her Impressive Resume With Some Serious Rap Game
Next Up: Editor's Pick