The Cast of Will & Grace Reunited to Tease 'Something Big'

In the wake of the 18th anniversary of the series premiere of Will & Grace, the cast of the groundbreaking NBC sitcom got together for a reunion Saturday.

After Debra Messing, Eric McCormack and Sean Hayes met up at the comedy show of former costar Megan Mullally and husband Nick Offerman, according to Us Weekly, the four all took to social media to seemingly tease a new project.

Messing shared a photo of the gathering along with a picture of her character captioned, “I feel like something BIG is going to happen tomorrow,” while McCormack posted one of himself holding a script with the description, “I used to be able to do this without glasses.”

Hayes and Mullally also got in on the action, sharing photos of themselves on set.

The group then seemed to hint at an I Love Lucy tribute, posting the same “Hot Food” graphic with various Lucy character names underneath. 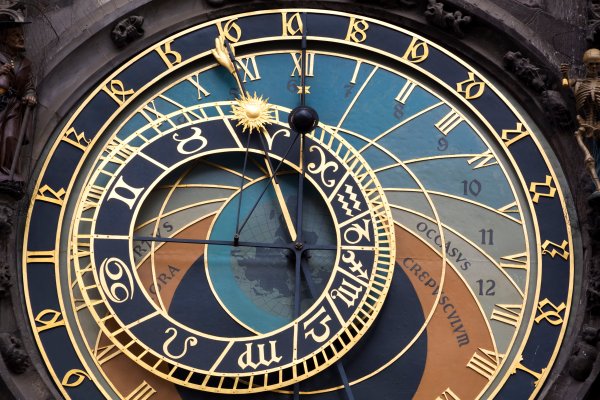 NASA Has No Time for Your Astrology Nonsense
Next Up: Editor's Pick