Trump Campaign Manager: He Didn't Lie About Lester Holt Because He Didn't Know the Facts

Donald Trump’s campaign manager Kellyanne Conway says the candidate didn’t lie when her erroneously labeled NBC Nightly News anchor Lester Holt, a registered Republican, as a Democrat. Holt will moderate Monday night’s presidential debate at Hofstra University. In an interview on MSNBC’s Morning Joe, Conway said in order to lie, Trump would have had to know Holt’s party registration to begin with.

She added she thinks the candidate’s goal was to convey that the media are biased against conservatives and in general, more liberal. That’s not, however, what Trump said.“By the way, Lester is a Democrat. It’s a phony system. They are all Democrats. It’s a very unfair system,” he said. As TIME’s Zeke Miller reported, Holt is a registered Republican in New York. Conway insisted on Monday the candidate was trying to make a larger point about media.

“The thing that concerns us—not the moderators that have been selected by the commission, because they will be seen as fair and even handed,” Conway said. “What bothers us is the very public and very coordinated attempt to game the refs.” 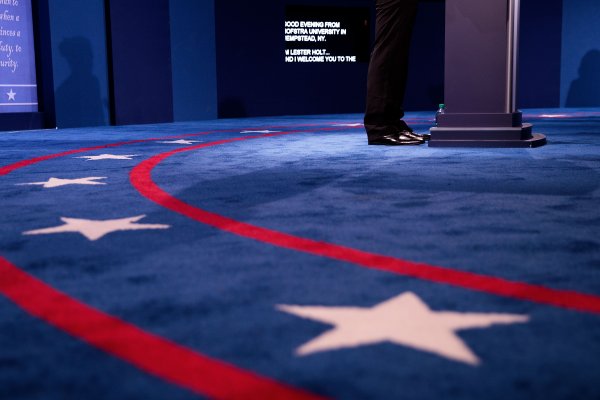 Almost Half of Voters Think Hillary Clinton Will Win First Presidential Debate
Next Up: Editor's Pick