Police in Thailand have reportedly asked the FBI for assistance as they struggle to identify a dismembered body discovered in a freezer last week.

The foreign male, chopped into several pieces, was found Friday when police busted an alleged passport-forgery gang in Bangkok.

According to the Bangkok Post, the body had been stowed in the freezer for months, rendering his fingerprints indecipherable. Citing a senior police official, the Post said Thai authorities had asked the FBI to check dental records after fingerprint identification had failed.

Three foreign nationals were arrested during Friday’s raid, including two men holding U.S. passports and one man identified to be British, though police said all of the suspects likely held fake identification documents.

The trio were charged with several offenses including resisting arrest, illegal possession of firearms and fraudulent passports and concealing a body. 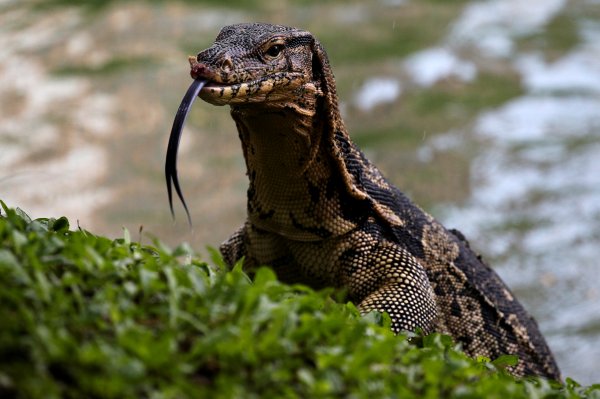 Giant Monitor Lizards in This Bangkok Park Are Out of Control
Next Up: Editor's Pick