President Barack Obama will meet with Leonardo DiCaprio for a publicized conversation about climate change next month, the White House announced Sunday.

The discussion will also include climate scientist Dr. Katharine Hayhoe and take place on Monday, Oct. 3 for South by South Lawn, a play on SXSW that refers to a “festival of ideas, art, and action” taking place at the White House.

The conversation will revolve around “the importance of protecting the one planet we’ve got for future generations,” and it will be followed by a screening of DiCaprio’s National Geographic documentary Before the Flood, making its U.S. debut on the South Lawn.

Directed by Fisher Stevens, the film chronicles DiCaprio’s international campaign to raise awareness of the dangers of climate change as a U.N. Ambassador of Peace. The actor also made the topic a centerpiece of his Oscar acceptance speech earlier this year.

“Climate change is real. It is happening right now,” he said. “It is the most urgent threat facing our entire species, and we need to work collectively together and stop procrastinating. We need to support leaders around the world who do not speak for the big polluters or the big corporations, but who speak for all of humanity, for the indigenous people of the world, for the billions and billions of underprivileged people who will be most affected by this, for our children’s children, and for those people out there whose voices have been drowned out by the politics of greed.” 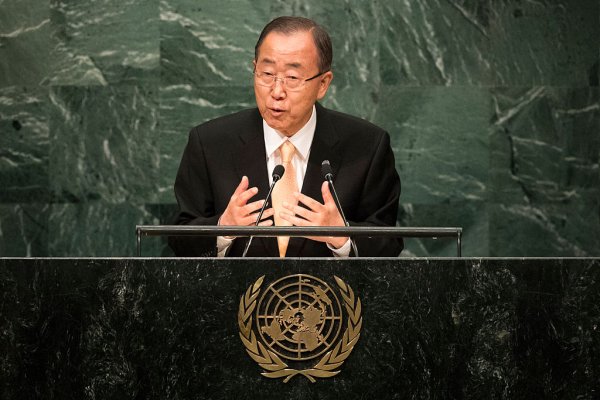 Paris Agreement Will Win Backing to Take Effect This Year
Next Up: Editor's Pick