President Barack Obama on Saturday spoke at the dedication of the new Smithsonian National Museum of African American History and Culture, praising the coexistence of “protest and love of country” and making reference to recent examples of racial tension in the U.S.

“This is the place to understand how protest and love of country don’t merely coexist but inform each other, how men can proudly win the gold for their country but still insist on raising a black-gloved fist, how we can wear an ‘I can’t breathe’ T-shirt and still grieve for fallen police officers,” Obama said.

Here are his full remarks from the ceremony on the National Mall: 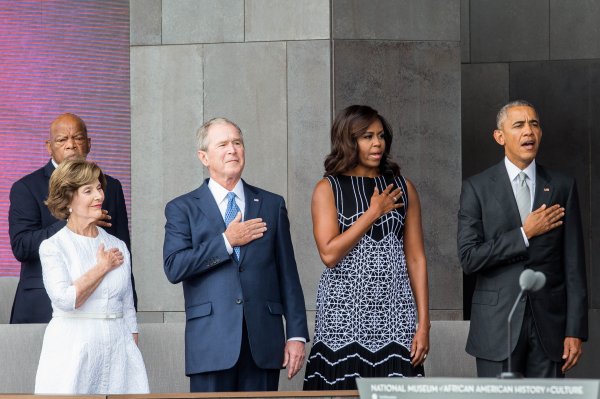