A Kansas City father has been charged with murder and sexual abuse in the death of his 18-year-old daughter.

A judge on Thursday entered a not-guilty plea for Jerry Bausby, 40, on charges of first-degree murder, sodomy and first-degree sexual abuse in the death of his daughter, Daizsa Bausby, an honor student, the Kansas City Star reported.

Daizsa Bausby was found on March 21 in a motel room, where police said she was suffocated, according to the Star. Her father had picked her up from her house around 8:30 p.m. on March 20, and surveillance video later showed him renting a room at the motel where she was later found, the Star reported, citing court records. Jerry Bausby was also seen leaving the motel room around 3:30 a.m.

In the weeks after her death, family members and friends remembered Daizsa Bausby as someone who had been on her way to success. She was preparing to attend Grambling State University this fall.

“Daizsa was going places and all the kids here knew that, and they felt like she was going to make it, for us,” Hayley Steel, her cheerleading coach, told the Star in March. “She was the rose that grew from the concrete.” 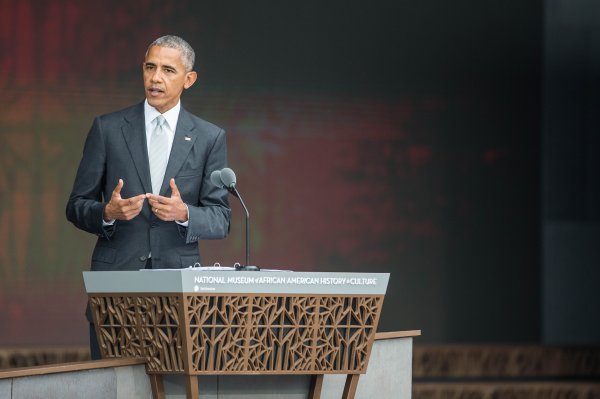 Obama: Protest and Patriotism Can Coexist
Next Up: Editor's Pick