The long legal saga of Amanda Knox, the American woman who spent four years imprisoned in Italy over the murder of her British roommate, has captivated people around the world since the grisly 2007 killing.

Knox and her then-boyfriend, Raffaele Sollecito, were each convicted and acquitted twice over the death of Knox’s 21-year-old roommate Meredith Kercher, who was sexually assaulted and stabbed to death in an apartment the two shared in Perugia, Italy.

Knox and Sollecito were exonerated last year by Italy’s top criminal court, which blamed “stunning flaws” in the investigation and a lack of evidence connecting the pair to the crime.

Netflix revisits her case in a documentary that starts streaming Friday, which includes interviews with Knox, Sollecito and Italian prosecutor Giuliano Mignini. Here’s what we learned from the documentary:

Knox called Sollecito immediately after news of their exoneration broke.

Footage shows Knox jumping up and down inside her Seattle home after she and her family learned last March that the Court of Cassation had vindicated the pair for Kercher’s murder. She walks away from her family members to call Sollecito. “We’re free! How are you?” she tells him. “I’m so happy for you. I’m so happy for us. Much love and we’ll talk soon.”

Knox said she “became hysterical” when Italian police finally allowed her to return home a couple of days after the murder and told her to look through the apartment’s knife drawer to see if there were any knives missing. Mignini said Knox began acting erratically. “She started hitting the palms of her hands on her ears,” he said, adding that it was as if she recalled hearing Kercher scream. The prosecutor said that was the first moment he suspected Knox of the crime.

Knox contemplated killing herself in prison

“I thought about suicide. I thought about all the ways I could do it,” she said. “Me not coming home again until I’m in my 50s, until members of my family have died, I was poisoned.”

Knox says she felt drastically different when she got home

Knox was freed from prison and allowed to go back to the U.S. three years after the murder following an appeals trial that found the DNA evidence, which had been crucial to her conviction, to be inconclusive. DNA collected at the crime scene was also contaminated.

Knox became emotional as she was led out of the courtroom but when she returned home, she didn’t feel fully free. A diary that she kept in prison had been leaked to the media, revealing a list of all the men she had ever had sex with. Knox had written the list after authorities falsely told her she had HIV.

“I really thought that I was going to be OK, but I wasn’t the same person to come back to Seattle,” she said. “The whole world knew who I had ever had sex with, seven men, and yet I was some heinous whore, bestial and sex-obsessed and unnatural.”

Arline Kercher and her family traveled to Italy after learning of her daughter’s death in 2007. She mostly remained silent during a news conference, but when she saw Mignini, she asked the prosecutor if she could see her daughter. “I remember she was absorbed in silence. And then she made a gesture,” he said. “She asked if she could give her a kiss.” 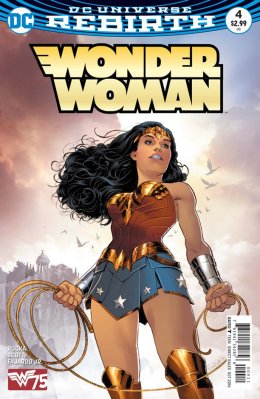 Wonder Woman Is Queer, According to Her Comic Book Writer
Next Up: Editor's Pick