This Is Usain Bolt's Unlikely Inspiration

By Sean Gregory and TIME Video

Usain Bolt has always admitted his disdain for training. So who’s the person he singles out for inspiring him over the past year, who may have played a role in Bolt winning three more gold medals—and thrilling the world—during last month’s Rio Olympics?

Yes, Bolt insists that the diminutive comedian helps drive him. “He works out so much,” Bolt says. “No matter what time, if he has to go on set, he gets up early and gets an hour in, or whatever time he trains for. And then he gets to work. You know what I mean? It motivates me. Cause I’m like, I’m an athlete, and he’s not. And he works so hard. He motivates me to want to do better.”

On behalf of all sports fans who enjoy watching Bolt break barriers: thanks, Kevin, for being a fitness fiend. 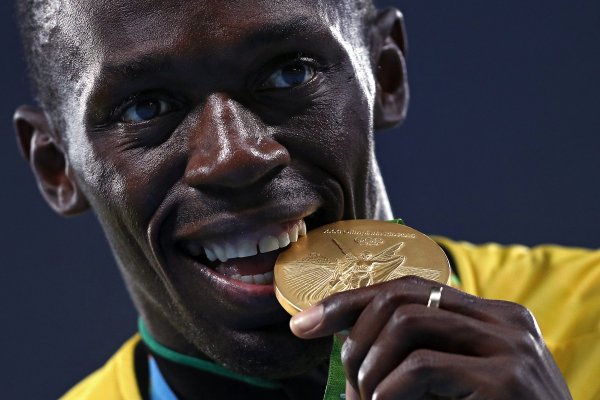 Usain Bolt Names His 'Mount Rushmore' of Greatest Athletes
Next Up: Editor's Pick