The U.S. will likely fall short of its international commitments to fight climate change, even if the country implements a slew of proposed regulations, according to a new study.

The U.S. committed to reducing greenhouse gas emission by 26-28% below 2005 levels by 2025 in advance of last year’s landmark talks on climate change. The Paris Agreement that resulted from those talks commits the U.S. to working toward and reporting on those goals, but the country will not face any direct penalties if it fails to meet them.

Researchers behind the new study, published in the journal Nature Climate Change, suggest that the U.S. could still meet its emissions reductions commitment, but only if the country implements a number of initiatives that have been proposed but are not yet close to happening. Even then the best possible outcome is at the low end of the range committed to by the U.S.

The most crucial policy to meet these goals is President Obama’s Clean Power Plan (CPP), which mandates states develop plans to reduce emissions from power plants. CPP would help accelerate a nationwide move away from coal-fired power plants to natural gas and renewable sources, experts say. But the rule, hailed by Obama as the country’s biggest single step to combat climate change, is currently tied up in litigation and could be halted by the courts.

Read More: See How Your City May Be Affected By Rising Sea Levels

Most research suggests that the world’s policymakers are unlikely to meet their goal of keeping global temperatures from rising more than 2°C (3.6°F) above pre-industrial levels by 2100. An ideal target of 1.5°C (2.7°F) seems increasingly unfeasible. The commitments to the Paris Agreement, much less the actual achievements, simply do not add up to that target. The temperature anomaly in February, for instance, was 1.2°C (2.2°F) above the global average during the 20th century.

The U.S., the world’s second largest emitter after China, played a crucial role in the crafting of the Paris Agreement. And, while the targets set by each country are non-binding, government officials say they affect the agreement’s integrity and the credibility of the U.S. as a leader of efforts to combat global warming. 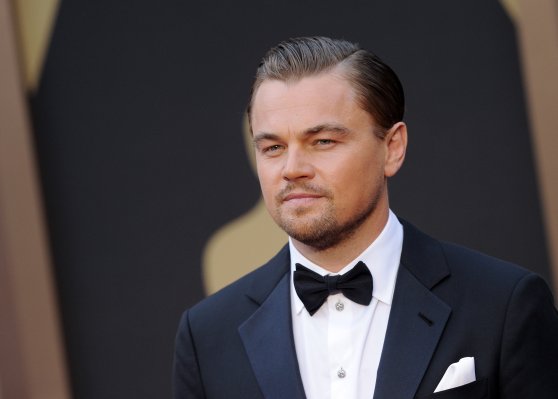 President Obama Will Meet With Leonardo DiCaprio to Talk Climate Change
Next Up: Editor's Pick