Chelsea Manning, the transgender U.S. soldier serving 35 years in Fort Leavenworth prison in Kansas for leaking classified information to Wikileaks, says she has been sentenced to 14 days in solitary confinement following an attempt to kill herself in July.

In a statement following her disciplinary hearing Wednesday, where she was charged with interfering with the “good order” of the military prison, Manning wrote that she was found guilty of the “conduct which threatens” charge for her suicide attempt and of the “prohibited property” charge for having a contraband book (Hacker, Hoaxer, Whistleblower, Spy by Gabriella Coleman).

She said that seven of her 14 days of punishment are “suspended,” explaining “if I get in trouble in the next six months, those seven days will come back.”

“I am feeling hurt,” she added. “I am feeling lonely. I am embarrassed by the decision. I don’t know how to explain it.”

Manning wrote that she has 15 days to appeal the sentence, but did not indicate whether she will do so.

The Department of Defense referred questions to the U.S. Army, which did not immediately respond to a request for comment.

Earlier this week, Manning said the military is “moving forward” with her request for gender reassignment surgery. 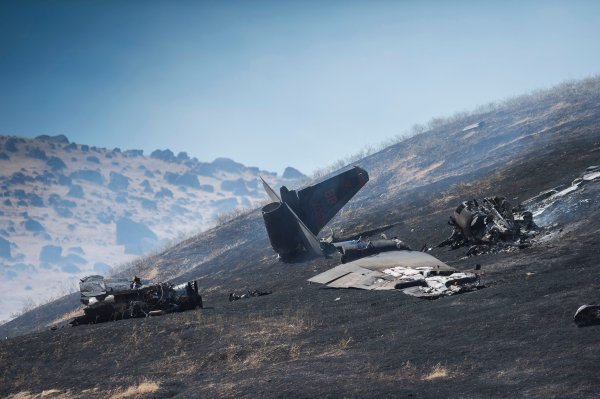 1 Pilot Dead, 1 Injured in U-2 Spy Plane Crash in California
Next Up: Editor's Pick