Robert Pittenger, the U.S. Rep. for the Charlotte area of North Carolina, speaks to the media at the Landstuhl Regional Medical Center in Landstuhl, Germany, Jan. 18, 2016.
Michael Probst—AP
By Tessa Berenson

Rep. Robert Pittenger, who is white, was asked in an interview with the BBC on Thursday about the unrest roiling his home state. “The grievance in their mind is the animus, the anger,” he said, Politico reports. “They hate white people because white people are successful and they’re not.”

“We have spent trillions of dollars on welfare, where we put people in bondage so they can’t be all that they’re capable of being,” he continued.

The Republican congressman later said sorry and expressed regret for his remarks. “What is taking place in my hometown right now breaks my heart,” Pittenger said in a statement released Thursday. “My anguish led me to respond to a reporter’s question in a way that I regret. The answer doesn’t reflect who I am. I was quoting statements made by angry protestors last night on national TV. My intent was to discuss the lack of economic mobility for African-Americans because of failed policies. I apologize to those I offended and hope we can bring peace and calm to Charlotte.” 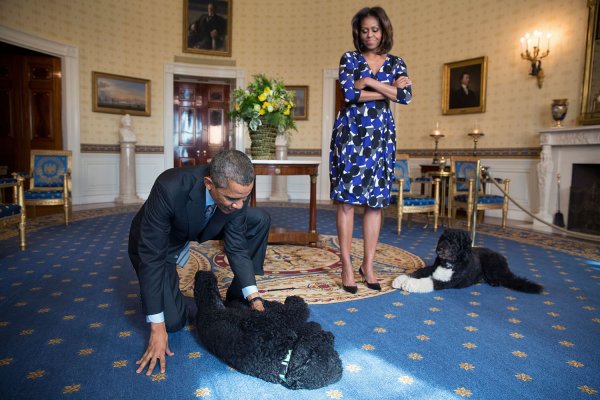 The First Dogs of the White House
Next Up: Editor's Pick