How Pitch Found Inclusivity Behind the Camera

Pitch, which premiered Thursday night, had one of the fall TV season’s best pilots. The Fox show blends a sharp sense of what it would actually be like for a black woman to enter Major League Baseball as the first-ever female pitcher with universally rousing emotions. But it’s more than a strong pilot episode—the series is a bright spot among a network TV slate that in recent years has made significant strides in terms of inclusion of nonwhite characters (Scandal, Empire, Fresh Off the Boat) but still has a long way to go.

This added dimension came to the show only after it was written. The pilot’s director, Paris Barclay, tells TIME that the casting of actress Kylie Bunbury to play pitcher Ginny Baker was effectively race-blind—the role was open to the most qualified candidate, and that the added dimension of her race was written into the role after she auditioned. “When you’re casting you have to consider all the possibilities. The best woman they saw happened to be an African-American—so they cast her, even though she was unknown—and she is killing it because she was given an opportunity.”

Considering all the possibilities doesn’t begin or end with casting actors, though. Barclay—the head of the Directors Guild of America and a two-time Emmy winner whose résumé includes NYPD Blue, CSI and Glee—is pushing for similar opportunities behind the camera. The DGA’s most recent report on the racial demographics of television found that only 19 percent of television episodes in the 2015-16 season were directed by nonwhite filmmakers; 17 percent were directed by women. “We’ve been drumming this drum for 20 years now. There’s been very little improvement,” Barclay said. And he notes that he worked to hire four female directors whom he did not personally know for Pitch, including recent Emmy-winning actor Regina King. “All of them came in and made me feel they’re incredibly talented and skilled. That’s only because I took time to interview people beyond the people I know.”

That reaching beyond the immediate network is relatively uncommon in Hollywood, and accounts for stalled numbers on demographic measures. It’s also part of why an inclusive Hollywood won’t happen overnight; the ground needs to be seeded with new hires behind the scenes and in front of the camera in order to build up whoever may be the titans of tomorrow. Barclay downplays the degree to which Bunbury’s casting changes the nature of the show, aside from it having an optimally talented lead performer: “The show is really about a woman breaking a gender barrier who happens to be black, and then you have a family that happens to be black. The best woman came in and happens to be African-American, that has resonance, but it happens to be an American story.”

But employing an inclusive cast and set of directors is more than happenstance; it’s the product of effort. Barclay notes that hiring directors he’d personally met “would certainly be easier for me.” But reaching out has lent a new perspective to the show, and given work to directors who might go on to Emmys in the future themselves. “If more producers did that, they would discover an incredible depth of talent they’re overlooking.” 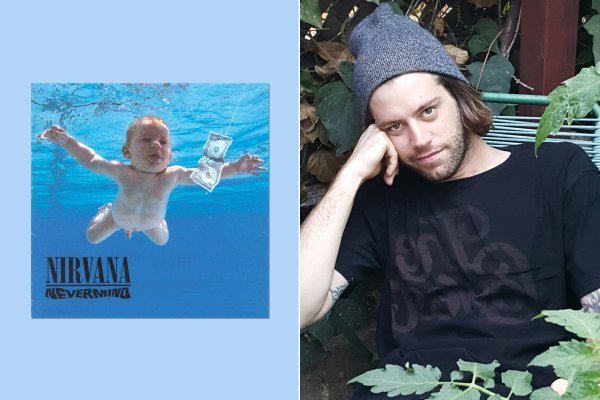 The Baby From Nirvana's Nevermind Is 25 Now
Next Up: Editor's Pick