The year 1966 was a big one for music. Classic songs like Yellow Submarine and Good Vibrations were at the top of the charts—but it was Herb Alpert and the Tijuana Brass who ended up with four albums in the Billboard Top 10 at once, selling more records than even The Beatles. TIME in 1968 said the group was “basically just a good old-fashioned melody band that makes no pretensions toward the new,” but was “equaled only by the likes of Sinatra, Streisand and the Beatles when it comes to filling big halls.” Now, 50 years later, the trumpeter behind that “major sound system” is re-releasing 24 remastered CD versions of his classic albums, some of which have been out of print, as well as a brand new album, Human Nature, available Friday.

Here, Alpert talks to TIME about how the music business has changed since 1966.

TIME: You’re rereleasing so many of your classics this month, so I’m hoping we could talk a little about the history you made 50 years ago, when you outsold the Beatles in 1966. What are your memories of 1966 as a musician?

Alpert: It was a whole different time, a whole different way of making music, for one thing. Remember that thing called tape? Before zeroes and ones there was a tape machine. It was a whole different time. In 1965 I recorded Whipped Cream & Other Delights, which was the breakthrough album for the Tijuana Brass. When “Taste of Honey” hit I started getting all these offers from major television shows, Ed Sullivan and Andy Williams and Dean Martin, all the big shows. So, because of that and all that exposure, the first album that I did in 1962 started selling big, the second album started selling, the third album. At one moment I had five albums on the top 20 on Billboard. It was being at the right place at the right time.

What was the music world like at that point, atmosphere-wise?

It was a time when you’d gather at the studio and record, you know? You’d do two or three songs in a session and that was it. I did an album that was called Rewhipped, a take-off on Whipped Cream & Other Delights using these guys who had a reputation for being great sound mixers. They used to send me the music file they were working on. I would send them back the trumpet, just the trumpet, and by just sending the trumpet back to them, because it was time-coded, they slipped it into the file. The reason I’m mentioning this is because I never met these guys.

Is that better? Worse? Just different?

Well, you can make a case for both. I think it’s probably worse. What’s nice is when you’re in a group of musicians you spin off their energy and their feelings, and it’s more of a give and take. When you’re more isolated, I don’t think you get that same sweaty feeling you do when you hear Marvin Gaye or some of those great records that were recorded in the ‘60s.

I found a review of you guys from 1965 in TIME. It mentions that you started playing the trumpet at military funerals…

Is that not true?

I started playing when I was 8 because I had this rare opportunity. In my grammar school there was a music-appreciation class, which we don’t have much anymore, and I picked up the trumpet. There was a table filled with various instruments and I happened to pick up the trumpet to try to make a sound on it. When I finally did make that sound, it was speaking for me, because I was very shy. With the [Herb Alpert Foundation], I’m trying to give kids that same opportunity, to at least rub elbows with something creative in the early stages of their lives, because I think it’s a win-win. Kids get to experience their own uniqueness and then hopefully they can appreciate others’ as well.

What’s the state of music education these days?

I think it’s terrible. I think our politicians and lots of people don’t appreciate how essential it is. I think it should be a core subject in all early education. It’s a way of getting a child in touch with their feelings. And if you want to play guitar, you can’t just think about it, you have to practice it and through that practice—or writing poetry, or acting or dancing, or whatever it happens to be that attracts the child—there’s a discipline involved. When you have that discipline you can transfer it over to the academics.

What about as a record executive, what’s changed on the business side?

It’s a dramatic change there. It’d be hard to sum that up. The record industry has been leveled by apps that are playing music and not really according the musician and the writer what they deserve to get for their efforts. It’s kind of a sad state right at the moment, until we change the copyright laws to be in favor of the artist.

Are you optimistic that that will happen?

Yeah, I’m optimistic that it will happen, but everyone’s dragging their feet on this one.

What was the inspiration for the re-releases and bringing back the albums that were out of print?

When we sold A&M Records and our publishing company one of the things I was insistent on was that I wanted to get my catalog back, the Tijuana Brass catalog and the Herb Alpert catalog and my wife Lani Hall’s catalog. They agreed to that. I wasn’t expecting that, but they wanted our company so badly that they agreed to that. A lot of these albums were not available worldwide and I noticed that on the black market a lot of these albums were available for an astronomical price. I said, that’s just not fair. We’re going to release the albums that people would like to hear at a reasonable price and have them be available if they were not available.

What kind of evolution do you hope listeners hear if they listen to that whole span and then the new album?

I always try to make positive music. I’m on the up side. It always hit me that if it’s fun for me to play it’s going to be fun for some people to listen to, and that’s the type of music I’ve always tried to make. It might change a little bit, the sound behind me, but I think basically my trumpet sound is very optimistic. 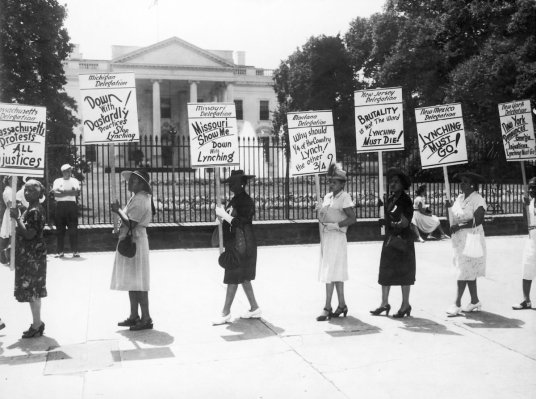 An Old Phenomenon: The Victim as Criminal
Next Up: Editor's Pick