The child abuse allegations against Brad Pitt have been referred to the FBI, PEOPLE confirms.

The FBI has jurisdiction over the situation because the alleged incident occurred in the air while the family was flying from France back to their L.A. home, a source tells PEOPLE.

Pitt is accused of getting “verbally abusive” and “physical” with one of his children with Angelina Jolie last Wednesday on their private plane while their other kids were present, a source previously told PEOPLE.

The L.A. County Department of Children and Family Services are investigating the 52-year-old actor for the alleged incident. Now, sources confirm to PEOPLE that the FBI is also involved in the situation.

The Los Angeles Police Department previously told PEOPLE that they are not investigating any reports or allegations of child abuse against Pitt.

However, a source with knowledge of the situation previously told PEOPLE that the child Department of Children and Family Services “investigation is absolutely ongoing.”

“Brad has been interviewed and is cooperating fully. The case remains open.”

A source close to Pitt previously told PEOPLE that the actor denies abusing his children.

“He takes the matter very seriously,” the source said. “It’s unfortunate that people involved are continuing to present him in the worst possible light.”

The abuse reports surfaced just days after Jolie, 41, filed for divorce from Pitt in a Los Angeles court on Monday, citing irreconcilable differences. She requested sole physical custody of their children.

Jolie and Pitt were married for two years and together for 12. 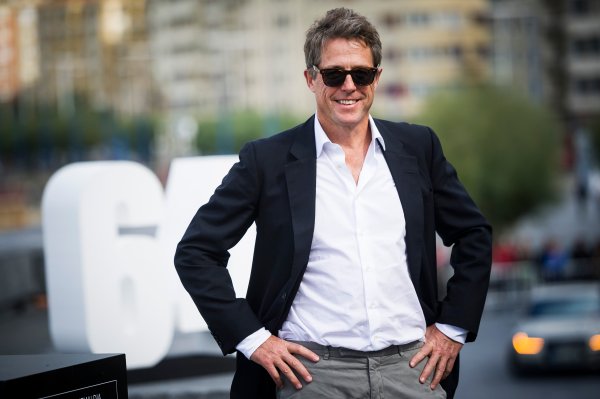 Watch Hugh Grant and More Read Mean Tweets About Themselves
Next Up: Editor's Pick