The Dangers of Being a Black Man With Car Trouble

An image from a police helicopter video provided Sept. 20, 2016 by the Tulsa Police Department in Tulsa, Oklahoma, shows the officer involved shooting of Terence Crutcher.
Tulsa Police Department/AFP/Getty Images
Ideas
By Benjamin Crump
Benjamin L. Crump is the attorney for the families of Trayvon Martin, Michael Brown, and Corey Jones and is a former President of the National Bar Association

“True peace is not merely the absence of tension: it is the presence of justice.” – Dr. Martin Luther King Jr.

Mere seconds before Terence Crutcher was killed by Tulsa, Okla., police officer Betty Shelby last week, he was captured on video walking toward his stalled vehicle with his arms stretched above his head and hands held high for everyone to see, while officer Shelby followed him with her gun trained on his back. Moments after Crutcher reached his SUV, officer Tyler Turnbough deployed his taser and officer Shelby fired her gun. The footage released by the Tulsa police department indicates that there was no reasonable fear that would justify killing Crutcher. If anyone had a right to be afraid, it was Crutcher.

Crutcher’s death follows similar police killings of Corey Jones in Palm Beach Gardens, Fla., and Jonathan Ferrell in Charlotte, N.C. These were all men who had vehicle trouble or were involved in an automobile accident and needed assistance, but instead, they were killed by the very people who are supposed to protect and serve them.

How many more black men will be killed by police officers before real change is implemented in the way America polices communities and people of color? Until police officers are held accountable, until they are vigorously prosecuted and face the possibility of prison, they have no reason to change this conduct. Officer Shelby was at first put on paid administrative leave. She was charged with first-degree manslaughter Thursday.

Crutcher did not charge at police officers, he did not struggle with them, he did not try to take their gun from them. He was unarmed, and he posed absolutely no threat to anyone involved. No other officers saw it necessary to fire upon Crutcher, because there was no reason to do so.

While Crutcher is seen walking toward his car with his hands up and a gun trained on his back, we hear an officer in a police helicopter make the remark “this looks like a bad dude,” yet there is no indication of why he felt that way. This is but one of the examples of implicit bias that many police officers have about black men. It is remarks like these that make it necessary that every police department in the U.S. requires all of its officers to undergo annual diversity and implicit bias training. We cannot have officers patrolling people of color with generalized fears and beliefs; it is not safe nor fair for people of color in America. Black men deserve to be given the same benefit of “goodness” as their white counterparts. The fear is not rational, and it is not O.K. Training to change this mind-set has to happen now.

If any other citizen, not a police officer, killed a person who posed no threat, they would have been arrested immediately. They would still have their day in court, they would still be entitled to a trial by a jury of their peers, there would still be additional fact finding; this should be no different for a police officer who openly abuses their power of authority, who kills an unarmed man whose hands are held high in the air in the universal symbol of surrender — all being captured on video. Officers cannot continue to kill and not be held accountable.

Attorney Lonita K. Baker assisted with the research and writing of this article. 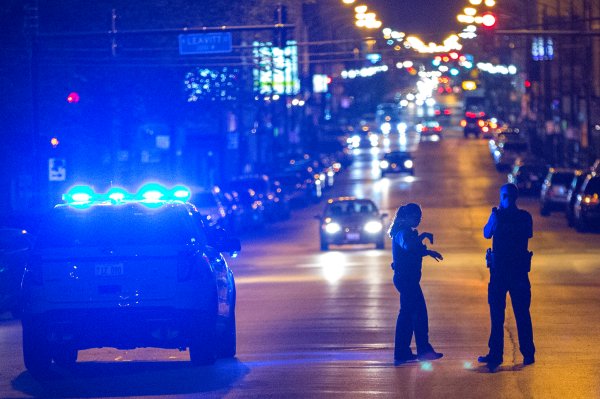