Sacramento Mayor Kevin Johnson Hit by a Pie in the Face

Sacramento Mayor Kevin Johnson was hit by a pie in the face during an event at a local high school Wednesday evening, leading to a short altercation, according to reports.

Police arrested Sean Thompson, 32, on felony charges of assaulting a public official at a benefit dinner. The assailant pulled Johnson by the arm to remove him from a conversation with dinner guests before throwing the pie in his face, according the mayor’s office. An altercation ensued before police restrained Thompson.

“Let me be clear, the mayor was assaulted tonight,” spokeswoman Crystal Strait told the Sacramento Bee. “He is home with his family…The whole thing is just shocking.”

The suspected attacker’s motive was not immediately made clear. 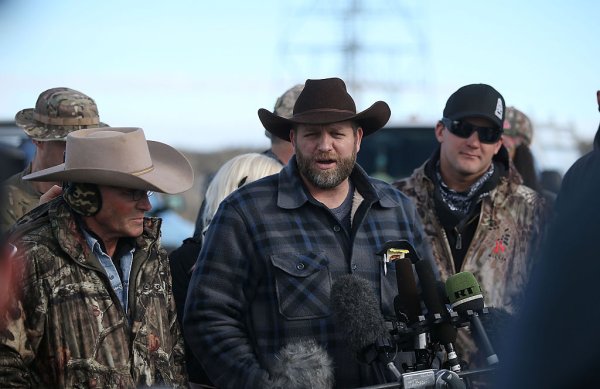 One of the Oregon Occupiers Was a Government Informant
Next Up: Editor's Pick