Study: Women Told to Wear Heels, Makeup Because It's 'Good For Business'

A new survey of 2,000 office employees by UK law firm Slater and Gordon brings us the very interesting news that workplace sexism is still a thing. The data gathered indicated that men’s appearance and dress codes were largely left alone, while women were instructed to get hotter on the grounds that failing to do so was bad for business.

Seven percent of women surveyed said their bosses pushed them to wear heels; eight percent were told to wear more makeup in order to look prettier; 20 percent felt their bosses paid undue attention to their appearance compared to male colleagues; 28 percent had been told changes to their appearance would be good for business; and 100 percent of our staff threw up in their mouths very slightly while reading this.

“Employers will argue that men and women must be dressed smartly or well groomed for a person of their gender,” employment lawyer Josephine Van Lierop told The Telegraph. “However, in 2016 there is absolutely no expectation that women in business should wear make-up or high heels in order to be smartly dressed. Imposing this expectation on women only is arguably unlawful sex discrimination.” 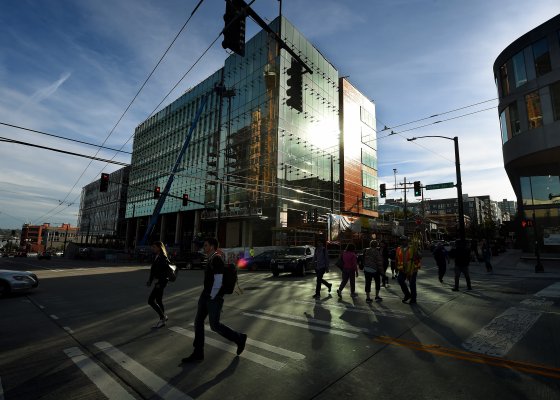 Amazon's New 30-Hour Work Week Will Change Your Job, Too
Next Up: Editor's Pick