Here's Why CL Is the Future of K-Pop in America

On a warm Saturday morning, Lee Chae-rin—better known as CL—is standing outside the Alexander Wang store in Soho, New York. People passing by do a double-take—she’s striking, with dyed silver hair and a beatific smile. It doesn’t take long for a curious passerby to find CL on Instagram, where she has more than 5 million followers.

CL is one of the biggest stars in Asia, hailing from the world of K-pop—that is, the South Korean pop industry. Its stars—like PSY, whose 2012 hit “Gangnam Style” conquered charts in the U.S.—continue to sell out stadium acts all around the world. In 2015, CL topped our TIME 100 readers poll, beating out the likes of Beyoncé, Taylor Swift and Rihanna.

But despite this, there is no visible Asian or Asian-American singer in the mainstream music market in America. Why not? It’s a question with no obvious answer. “A lot of it is timing and the right song and the right music and the right way of presentation,” says Jeff Benjamin, a K-pop music critic.

Enter CL. After becoming a superstar in her homeland as one-fourth of the wildly successful girl group 2NE1, she’s set her sights on a solo career in America, teaming up with Scooter Braun, the music industry mogul who manages Justin Bieber and Ariana Grande. She just released her first English solo, “Lifted,” ahead of her first EP in America. (It features a brief dance cameo from Method Man). And on Oct. 29, CL launched her first North America tour, kicking off in NYC.

She’s not alone in her ambitions. There are some who are following her route, or carving their own, to break through to stateside success. R&B artist Dean, who was born and grew up in South Korea, made his musical debut in the states. He’s taking the long road—rather than rising up through K-pop, he’s working to build a fanbase in the U.S. and performing at smaller venues across the country. Then there’s Eric Nam, a K-pop singer and TV host. Nam grew up in Atlanta and was planning on becoming a consultant before “life happened” and he ended up on the big screen halfway across the world. Now, he wants to return to his roots in America.

Though they’ve all found success, all three expect the road ahead to be difficult. “It’s how you look at it,” CL says. “You’re building your kingdom—and that’s how I want to live my life.” 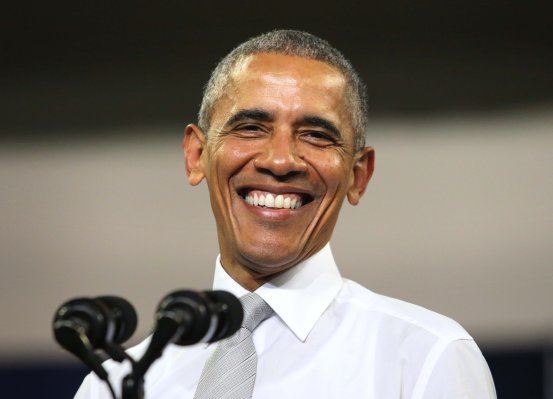 President Barack Obama Talks Trump, Clinton and His Legacy on Full Frontal with Samantha Bee
Next Up: Editor's Pick