Republican presidential nominee Donald Trump on Wednesday proposed a nationwide stop-and-frisk policy, when asked how he would prevent violence in black communities as president.

Trump, who has previously spoken out in favor of the policy, made the comments during the taping of a Fox News town hall on Wednesday, the Associated Press reported.

Stop-and-frisk, a controversial program that allows police to stop a person on the street based on suspicion of criminal activity, was expanded in New York City under Mayor Michael Bloomberg until a federal judge ruled in 2013 that it was unconstitutional and racially discriminatory. It has since been scaled back.

While city officials had argued the program was an effective crime-fighting measure, Judge Shira A. Scheindlin wrote in her decision that it had led police officers to stop “blacks and Hispanics who would not have been stopped if they were white,” the New York Times reported.

But at Wednesday’s town hall, Trump said the program “worked incredibly well” in New York City, arguing that it is “proactive” and should be expanded across the country. 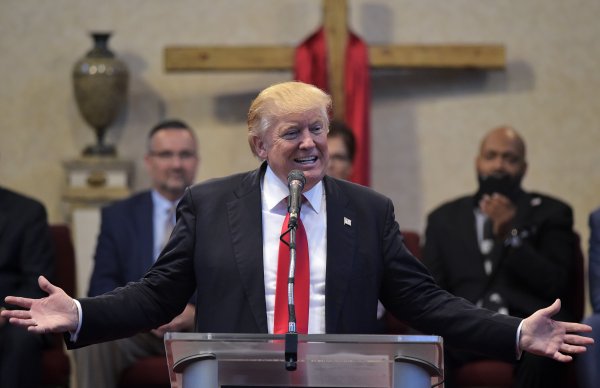