Ashley Williams Opens Up About Her Miscarriage: 'I'm a Survivor'

Ashley Williams is opening up about her recent miscarriage.

In a brave essay for Human Development Project, The Jim Gaffigan Show actress shares how she discovered she miscarried during an outing at Whole Foods with her son Gus, 23 months, as well as the time that followed and what it made her realize about herself and others who have suffered the same experience but felt they couldn’t talk about it.

“My (still bloated) gut feeling is that something even more painful silences us  — the fear that we, as women, are failures,” writes Williams, 37, who miscarried eight weeks into her second pregnancy. “Procreation, the driving purpose in our constructed notion of womanhood, is broken by this sudden trauma.

“You are not broken. You did nothing wrong,” Williams continues, addressing other women who have miscarried. “You are strong, you are brave, and there is hope.”

In her essay, the former How I Met Your Mother star — who played one of Ted Mosby’s more serious love interests, Victoria, on the show — explains that she was surprised in finding out in the days following that most of her friends had miscarried at least once.

“Medical confirmations of the lost pregnancy from OBs, chiropractors, and my acupuncturist use jargon that feeds more self-sabotaging thoughts that I am deficient,” the actress and PEOPLE blogger admits about what she felt following her own miscarriage.

She adds of the words she heard over and over again, “Abnormality … Defect … Incapable … Incomplete … Not viable.”

But Williams, who spoke to PEOPLE recently about expanding her family, is using her own words to encourage other women to join her in speaking out about miscarriage — which her midwife told her happens to one in four pregnancies among women her age.

“I stand here in front of you, [needing] to normalize my miscarriage. And I’d love to hear about yours,” the actress and certified doula tells her readers. “I believe it will allow me  —  and us  —  to gather hope and strength. As we talk, let’s add some of these words into our lexicon: Survivor … Strong … Abundant … Mother … Hope.”

Williams suggests that other women not be afraid to ask for help in their time of need, in whatever ways they feel they need it, emphasizing that no favor is too small and that no shame needs to be associated with talking about their losses.

She continues, “‘Why?’ your bartender will say. ‘Because I’m not pregnant anymore,’ you’ll say. ‘And I want to talk about it.’”

“I invite you to start, with me, a vocal army of the 25 percenters who can normalize miscarriage in the social sphere,” Williams addresses her readers again directly. “I was right there next to you at Whole Foods, bleeding out of my shorts. Now I’m well. I’m a survivor. Healed, I will try again.”

Read Williams’ full essay, I Need to Talk About My Miscarriage, here. 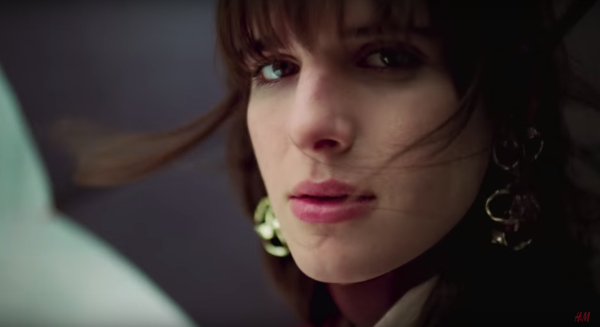 This H&M Commercial Celebrates Femininity in All Its Forms
Next Up: Editor's Pick