Stephen Hawking and Hundreds of Other Scientists Are Slamming Donald Trump

A large group of the nation’s top scientists penned an open letter railing against Donald Trump for his stance on climate change and his suggestion that the U.S. walk away from the landmark Paris climate agreement.

“It is of great concern that the Republican nominee for President has advocated U.S. withdrawal from the Paris Accord,” the letter from the group Responsible Scientists said. “A ‘Parexit’ would send a clear signal to the rest of the world: ‘The United States does not care about the global problem of human-caused climate change. You are on your own.'”

The Paris agreement was reached by 195 countries last year at the United Nations Climate Change Conference. President Obama was a proponent of the agreement, which facilitates global coordination on combating climate change. Trump has said in the past that he would “cancel” the Paris deal.

Among the 375 scientists signing the letter released Tuesday was noted physicist Stephen Hawking, along with 30 nobel laureates and Steven Chu, former Secretary of Energy under Obama.

The group also issued a broadside to politicians who deny the overwhelming scientific consensus that the planet is warming and that human activity is responsible. “During the Presidential primary campaign, claims were made that the Earth is not warming, or that warming is due to purely natural causes outside of human control,” they said. “Such claims are inconsistent with reality.” 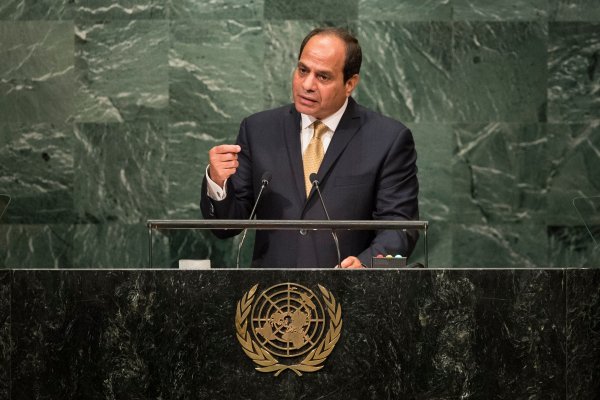 Egypt's Sisi: 'No Doubt' Trump Would Be Strong Leader
Next Up: Editor's Pick