North Korea Is Desperate for Aid. But Its Nuclear Policy Means It Won't Be Getting Much of It

On Tuesday, North Korea trumpeted the testing of a new high-powered rocket engine. The regime says it will enhance its ability to launch satellites into space, although analysts believe it is probably intended to power a ballistic missile. Whatever its purpose, back on earth things in North Korea weren’t quite so rosy. Following the passage of Typhoon Lionrock across the country’s northeast, more than 600 North Koreans are either missing or dead, says the U.N., which is calling for international aid to help an additional 140,000 survivors, most of whom have lost their homes.

According to official figures, 138 people were killed and 400 people remain missing in the tightly controlled totalitarian state, while more than 100,000 have been displaced. “Given the scale of destruction, the number of individuals affected, and the fact that winter is rapidly approaching, time is of the essence,” said U.N. human rights spokesman Tomás Ojea Quintana in a statement Wednesday. “[Aid is] now critical to protect the rights to food, health and adequate housing of those affected.”

However, actions like the rocket test makes getting that aid far from simple. Supreme Leader Kim Jong Un has drawn international censure after North Korea’s fourth and fifth nuclear test and more than 20 missile tests so far this year. Even China, North Korea’s only friendly nation of note, which accounts for 90% of the country’s trade, signed onto unprecedented U.N. sanctions in March. Other governments feel even less sympathetic.

Read More: North Korea in Crisis as Thousands Remain Cut Off By Floods

“North Korea is maybe the hardest country in the world to raise assistance funding for,” Professor John Delury, an East Asia expert at Yonsei University in Seoul, tells TIME. “It’s beyond donor fatigue. It’s sort of breaks your heart because the floods are not contrived, and these are very, very poor communities that are devastated.”

The U.S., South Korea and Japan have historically been among the biggest pledgers of aid to North Korea. However, the Kim regime’s recalcitrant pursuit of nuclear weapons and myriad provocations — including shelling South Korean islands, sinking a South Korean naval vessel and kidnapping Japanese citizens — have sapped the last remnants of goodwill. “There are also long-standing fears about the regime diverting some of this assistance for their own use,” says Bradley Williams, associate professor of Asian and International Studies at the City University of Hong Kong.

Even though the U.N. maintains it has significant autonomy to carry out relief work in the country of 25 million, international displeasure at the regime means compassion is in short supply, especially considering the gravity of current crises in Europe and the Middle East. However, there is no doubting the severity of the damage, especially after the same storm wreaked havoc across highly developed Japan, demolishing buildings and claiming 11 lives. Pyongyang even issued a rare public appeal for assistance after the typhoon’s passing. “The regime perpetuates this image that North Korea is this socialist workers paradise, and so it shows how bad [the floods] have been to engage in behavior that makes it appear weak,” adds Williams.

Of course, impoverished rural North Korea has undoubtedly faired far worse than Japan, and those inordinately effected include pregnant women, people with disabilities, the elderly and children, according to the U.N. Though soldiers and internal relief teams were reportedly mobilized to help with the flood efforts, engine tests and saber-rattling have once again taken precedence for the Kim regime, for whom nuclear capability represent the ultimate trump card to maintain its grip on power. “A major natural disaster in part of their country is not going to deflect them,” adds Delury, “and it’s tragic to watch that callousness.” 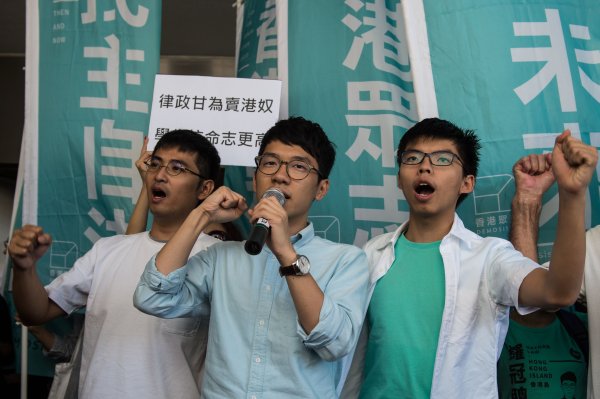