If anyone knows a thing or two about breakups, it’s Adele.

The singer said hello to the sold-out Madison Square Garden crowd in New York City Tuesday night, before dedicating the second of her six nights at the venue to Brad Pitt and Angelina Jolie.

A few songs into her show, the Grammy winner asked if she could “address the elephant in the room,” saying news of the Hollywood couple’s divorce marks “the end of an era,” according to fans who posted on Twitter. Playing “2 hours of misery,” as she put it, the British singer-songwriter, whose 2011 album 21 was largely about a personal breakup and the ensuing heartache, led the audience “in a group Brangelina breakup therapy session,” said one person on social media, adding, “Also, there are songs.”

Jolie filed for divorce from Pitt Monday, citing irreconcilable differences. She did not request spousal or child support, but did ask for physical custody of the six children she shares with Pitt. The two married in August 2014. 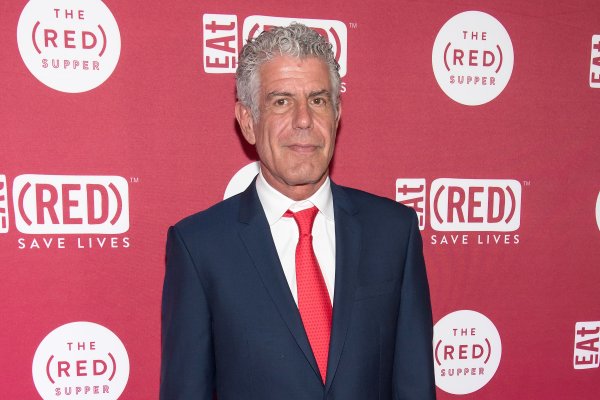 Anthony Bourdain Has Settled the Hot Dog Question Once and For All
Next Up: Editor's Pick