For National Voter Registration Day, Here's How Registering to Vote Became a Thing

On Sept. 24, during National Voter Registration Day, volunteers all over the United States will help citizens sign up to vote in the upcoming election. For something that sounds so simple in theory, voter registration has long been the source of conflict in American politics. As the 2020 campaign gets underway, concerns range from the modern problem of hacking to the ever-present question of why and where it gets easier or harder to register and vote.

A quick look back at the first voter registration laws in the United States reveals that, when it comes to registration, things have never been simple.

In 1929, Joseph P. Harris, a professor of political science at the University of Wisconsin, surveyed the state of voter registration for the Brookings Institution. The hundreds of pages of research that he produced included an overview of how the whole system started:

According to one explanation, old restrictions on voting were seen by some as undemocratic, but the growing population and expanding suffrage meant that it was no longer possible for polling officials to just recognize the voters by sight. And early voter registration got the legal O.K. in Massachusetts too, in the 1832 case of Capen v. Foster, after a man who was qualified to vote turned up to cast his ballot and was denied the right because his name was not on the list of voters that, according to an 1821 Boston law, the city had drawn up. The court ruled that the existence of a voter registration system did not interfere with the right to vote, as long as the voter was given the appropriate opportunity to make sure he was registered.

It wasn’t until the middle of the 19th century, however, that the idea of voter registration really spread throughout the country.

From the start, the question about voter registration that endures to this day was immediately an issue: Were these laws designed to cut down on fraud, or was the idea to keep certain types of people from voting?

As Alexander Keyssar points out in The Right to Vote: The Contested History of Democracy in the United States, early voter rolls were often compiled by assessors who went door-to-door, and they often missed poorer people. Other early registration systems, at a time of great nativist sentiment, were seen to target Catholics or immigrants, with tactics such as requiring registration only in areas with large minority populations. On the other hand, there was also serious concern in the United States that, without registration, a corrupt political machine system could sway election results.

As Daniel P. Tokaji put it in a 2008 William & Mary Bill of Rights Journal article about voter registration:

That paradox has endured as the registration system has evolved, and creative solutions are a frequent topic of discussion. For now, most Americans will find that, if they want to vote, they need to register—and that there’s no time like the present. 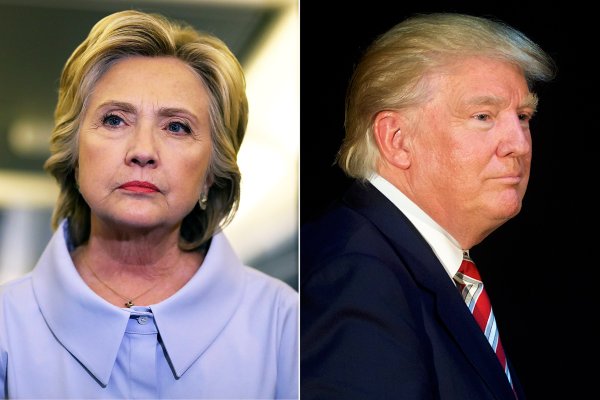 How Improv Can Help Hillary Clinton and Donald Trump Win the Debate
Next Up: Editor's Pick