Dory, voiced by Ellen DeGeneres, in a scene from the Pixar sequel "Finding Dory."
Pixar/AP
By Raisa Bruner

It’s a clash of the Disney animated universes: in an unexpected (and, frankly, adorable) bit on Ellen DeGeneres’s show with guest Kristen Bell, the two actresses — who have each voiced iconic characters for Disney, as forgetful Dory in Finding Dory and upbeat Princess Anna in the blockbuster Frozen — gave their cartoon selves a chance to get acquainted. (Well, sort of.)

During the The Ellen DeGeneres Show on Tuesday, Ellen brings out cardboard cut-outs for the two to stick their faces into, and they enact the unlikely meet-up, busting out their instantly-recognizable character voices and character traits. Anna’s relentless optimism played against Dory’s instant memory loss, making it one mashup of universes that shouldn’t work but is really quite funny when it does, all of which comes down to the comic talent of the two actresses. 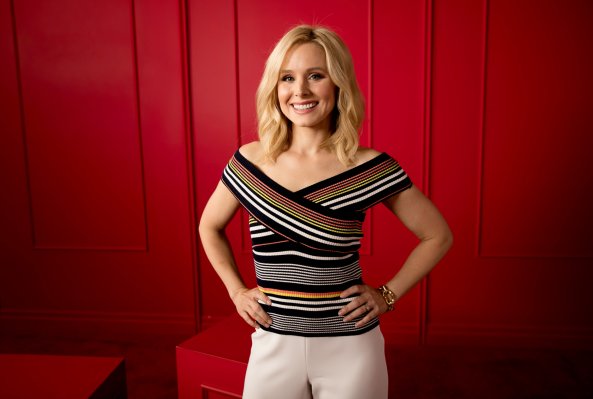 Watch Ellen DeGeneres and Kristen Bell Try to Be Spice Girls
Next Up: Editor's Pick