The Game of Thrones-Breaking Bad Rivalry You Never Knew Existed

“Battle of the Bastards” — the penultimate installment of Game of Thrones‘ sixth season — won awards for Best Writing and Best Directing at Sunday night’s Emmys, bringing its total to a record-breaking seven. But in the eyes of showrunners David Benioff and D.B. Weiss, it seems the true honor for the episode would have been a perfect IMDb rating.

During an interview with IMDb Live following the awards show, Benioff and Weiss revealed that their biggest concern following the “Battle of the Bastards” premiere was whether it would earn the elusive 10/10 score that “Ozymandias,” the eighth episode of Breaking Bad‘s fifth season, possesses.

“After that episode aired, we were talking to [director] Miguel Sapochnik every hour, and all we kept doing ― we didn’t look at the ratings, we didn’t look at any of that stuff ― we were checking the IMDb episode rating,” Benioff said. “Cause our friend Rian Johnson directed the ‘Ozymandias’ episode of Breaking Bad, which was the 10.0, and we were like, ‘We gotta get f—king Rian.'”

However, while “Battle of the Bastards” originally scored a 10, it has since been demoted to a 9.9. “Somebody screwed us,” added Weiss jokingly. “I think Rian opened 25,000 IMDb accounts and just voted us down.” 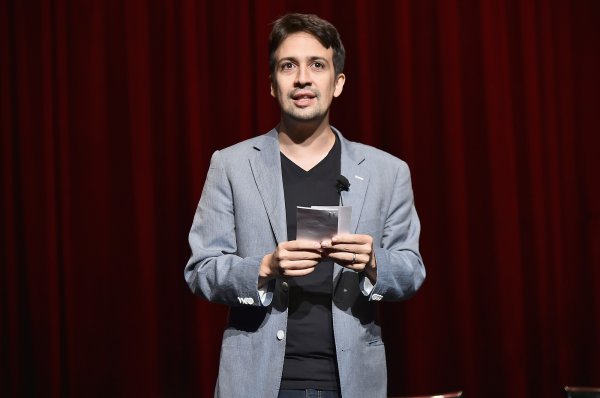 Watch Lin-Manuel Miranda Turn Donald Trump's Tweets Into the Musical You Never Knew You Needed to See
Next Up: Editor's Pick